This paper focuses on the Manifesto of 100 Films, a recent initiative aimed at planning cultural policy interventions on the basis of a selection of 100 representative works of Italian Cinema, entrusted to a commission of experts from the sector. The list, which appeared in the principle national newspapers in February this year, immediately brings up the question of canons and of the concept of the institutional use of cultural goods which Manzoli believes to be questionable. On the one hand because it is founded on a contradiction - contained in any operation defending the canon carried out by institutional powers - between that which is artistically relevant and that which is socially representative. On the other hand because the declared scope of the operation - that of preserving these films from "extinction" - is, in the era of television, arthouse cinemas, DVDs and eMule, emptied of meaning, it reveals the compulsion of Italian institutions to repeatedly propose an abstract and infungible culture, which corresponds to the equally fictitious identity of an "imagined community". 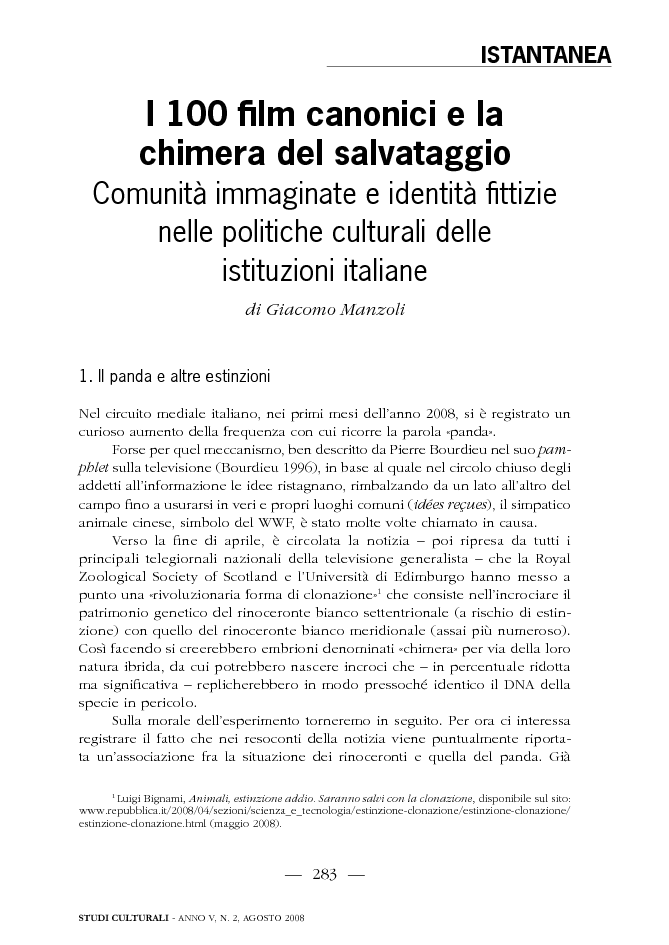