The article examines a series of interviews with workers from both the Italian south and abroad employed in Modena's metal-working factories, where the definition of racism is confronted through both biographical and professional experience. In confronting the accounts of migrants from Italy's south and foreigners, the continuity of Italian society's racism emerges, that is, the memory of past discrimination against workers from the south who moved to the north, the superimposition between the "marucchen" of the past and the present's "marocchino", but also the difficulty in naming and recognising the contemporary forms of racial discrimination. Thus, racism presents itself not as a consequence of migrations, but as a phenomenon that precedes them, an aspect of the character of Italian society. 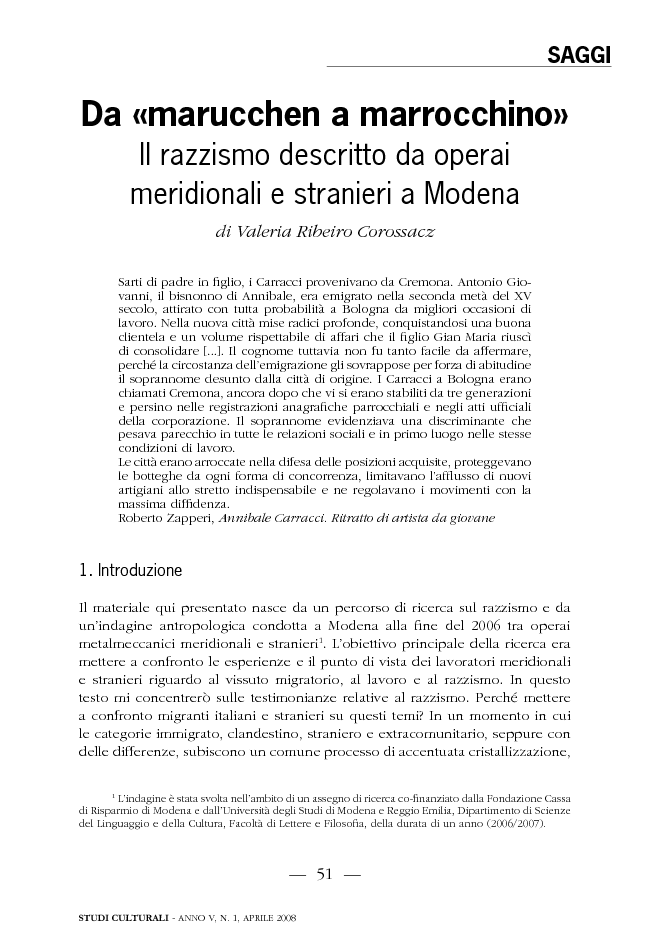