Soon after the July 2005 London bombings, a video was released in which one of the suicide bombers articulated a posthumous explanation as to why he and his fellow bombers launched the attack. Situating their violent actions in the context of the imperial war in Iraq, and the hundreds of thousands of Iraqi victims, Mo¬hammed Sidique Khan declared their actions to be informed by what he termed "our ethical stance". In this essay I argue that in the face of what appears to be a monstrous configuration - a necroethics of terrorism - there is inscribed in this stance a compelling Levinasian solicitation of ethics that disturbs doxic under¬standings of ethics. I argue that what remains in the wake of the residuum of the London dead is a trace of what Levinas calls "an ethical revolt bearing witness to responsibility". In delineating the contours of this trace of the ethical and this injunction to bear witness to responsibility, I draw upon Levinas' critique of western conceptualisations of freedom, both philosophical and juridical. I conclude by ar¬guing that in his writings on the anachronic, Levinas establishes an ethic in which responsibility (for violence) is seen to precede freedom (to exercise violence). 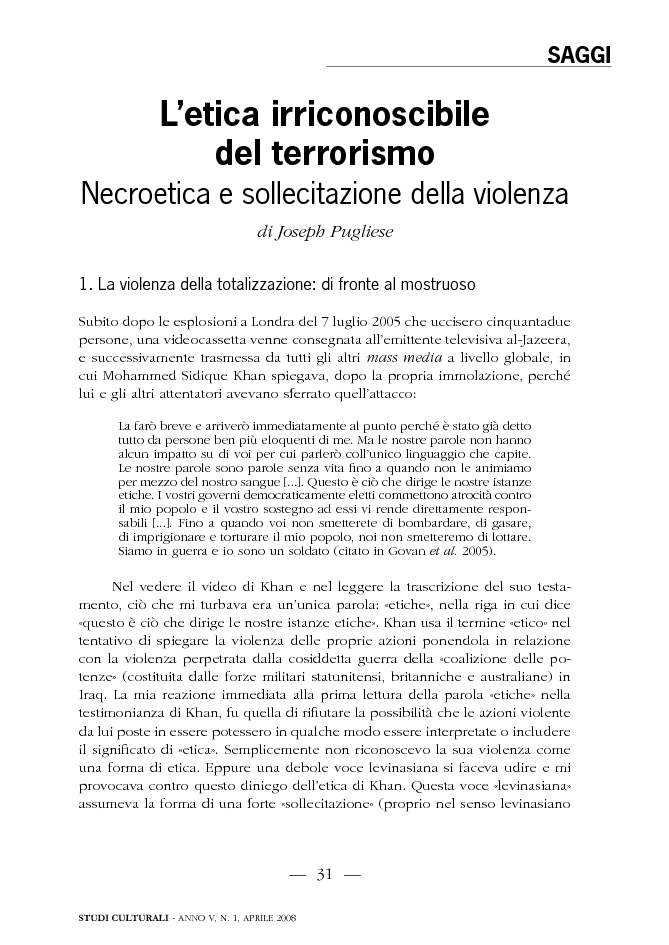