This paper is preliminary and exploratory. The aim is to map out a range of theoretical starting points for analyzing an unfolding social episode: the murder of a Dutch filmmaker who created a short film considered blasphemous and scandalous by some and an expression of artistic license by others. The murder of a public figure for expressing controversial beliefs is always significant. It becomes even more charged with meaning when it occurs in a context of intense public debate, in this case the controversy surrounding the integration of Muslim immigrants. In such a context, the murder appears to have been meant as more than a simple killing of a person. The way it was carried out, the possibility that the actual victim was not the first target, and the texts which were found at the scene, all point to a wider range of meaning and purpose. The mass media reportage has been important in constructing these levels of meaning and will be a central part of the empirical investigation to be carried out. At this stage, I present a preliminary, cultural sociological account with the aid of the concepts of social drama and cultural trauma and a performance theory of action. Performance theory calls attention to the pre-discursive, the body and to presence, to the doing and the meaning of action. To this I add a discursive focus on how meaning is produced through mass media and other accounts and finally, I use the macro-historical frame provided by social drama and cultural trauma. The central claim being that this perspective provides a thick description which illuminates aspects that might otherwise be missed. 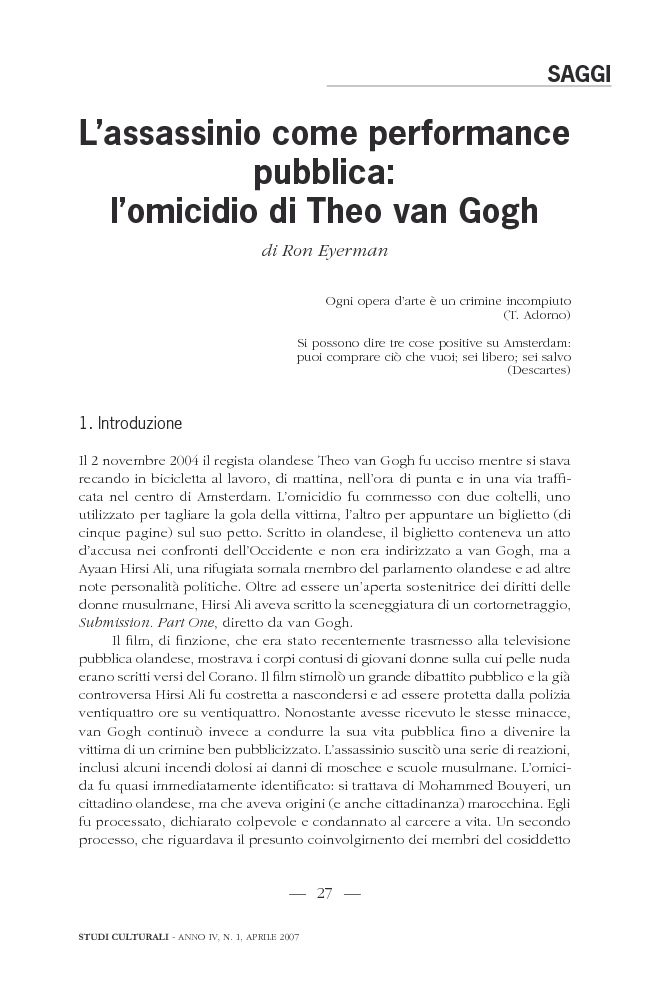