Two texts as diverse and distant in time and space as Georg Simmel's "The Sociology of Sociability" and Dipesh Chakrabarty's "Adda: a history of sociality" have a common interest in the phatic dimension of communicative acts, that is, in their capacity to constitute a contact between interlocutors, to establish links or, properly, to 'make society'. Through looking at both side-by-side, the article reflects on the role of conversation within the practices through which societies sustain themselves whilst, from a methodological point of view, it suggests possible generalisations of some concepts in the human sciences beyond their original contexts. In particular, in the forms in which communicative interaction unfolds, there is one in which interaction itself presents itself as a self-sufficient object of agency. This is the "sociable conversation" whose very existence in modernity contradicts the dominance of rational choice as a theory of action, and in which value is constituted by social action in and of itself, and unfolds in the living-rooms of European modernity as described by Simmel as much as in the daily life of the Bengalese "adda" discussed more recently by Chakrabarty. 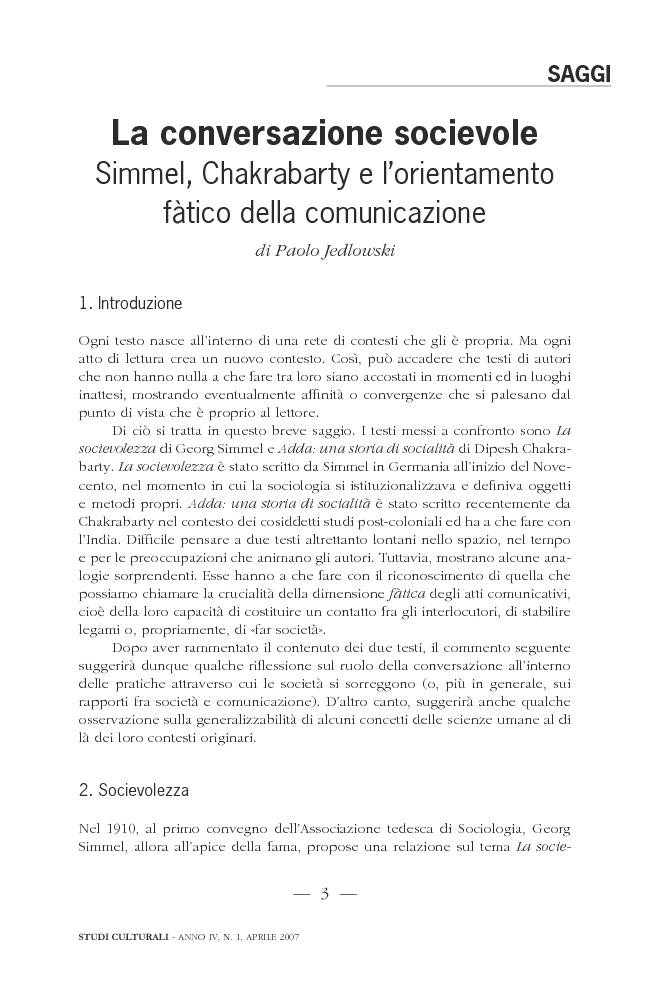