It has been argued that contemporary dance cultures in Britain have fostered new social connections across the social divides of class, gender, ethnicity and sexuality. In particular, it has been claimed that club cultures constitute important sites for the reconfiguration of gender and sexuality. This article addresses the question as to what implications current trends towards the fusion of straight and gay club cultures have for the negotiation of sexual identities. By comparing two London dance clubs (a "gay-mixed" and "lesbian" venue), it is argued that sexual boundary work (Lamont & Molnár, 2002) remains central in dance cultural spaces. The analysis is placed within an elaboration of the wider issues impacting on the reproduction of club cultural economies and on their positioning in the night-clubbing market. It touches upon promotion and image work, the activation of boundaries in "door-policies", and social interactions inside the clubs. While experiences of the women's club were structured by highly symbolically marked in-group/out-group distinctions, the "gay-mixed" club provoked more hybrid and ambiguous boundaries disrupting a surface-depth model of identity. Nevertheless, the "queering" and allegorization of bodies through practices of aestheticisation remained tied to their re-symbolization which helped reinforce cultural repertoires of recognition. 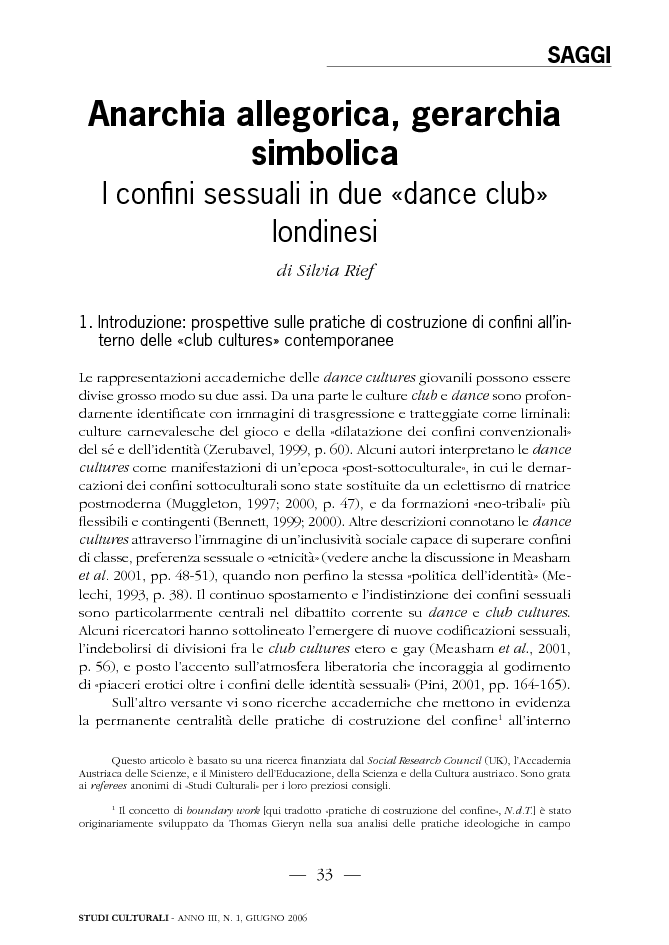