This essay is an enquiry into the presence of explicitly racist ideologies or attitudes, modes of description, and more or less explicit actantial structures in the colonial, and generically exoticist, literature that unfurled throughout two decades of Fascism. Through textual analysis, we attempt to verify through which mechanisms "the lie of race" filtered into the works of some of the narrators of Italian colonialism who are distinguished by their unconditional adhesion to the political and ideological adventure of the regime. From the constants of the sentimental genre in which these novels are written, a genuine racist structure emerges in the novels' imaginaries, providing a precious hint of an emotional disposition towards the Other which was widely spread in Italian society under Fascism. From this perspective, the "colonized" female characters take on particular importance, being reducible to the domination/superiority/possession/ reification sequence on which the white imagination was able to project its own amorous fantasies. Against this runs, with little variation, the "innate" qualities of the "Italian" or "race", largely displayed by the protagonists according to an anthropology of the super-human explicitly derived from D'Annunzio even though it is subject to the systematic discipline of rebellious anti-bourgeois sentiment and transgressive and deviant elements of an erotic frame. 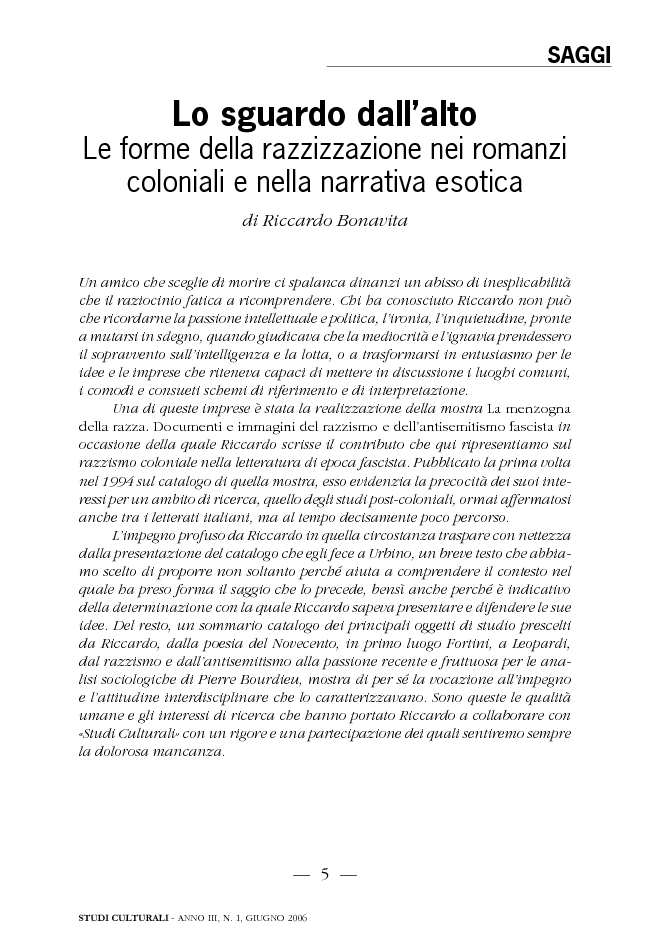