The aim of this article is to unpack, from the field of postcolonial studies and "subaltern studies" in particular, some of the strictly philosophical implications in redefining the relationship between universalism, democracy and antagonism. In contrast to the frequent accusation of "irenism" addressed at postcolonial theorists, an analysis of the postcolonial lexicon and some of its founding tropes in fact brings to light the presence of theoretical elements aimed at redefining the parameters of contemporary political thought. On the one hand, the figure of the "subaltern", reread in a philosophical key as a case of "différend", takes us back to a conception of democracy that is at the same time both "topological " and "dynamic", based on the irrenouncability of antagonism as a motor of expansion of the processes of democratisation. On the other, the recodification of the universal as "place-holder", as an empty space open to contamination with the particular, directs us to thinking of the incompleteness of the universal, declined (at a difference from various structural-linguistic models) according to the two registers of temporality and translation. From this point of view, through a selective analysis of some of the founding figures of postcolonial discourse, the article specifically intends to underline the theoretical and politico-philosophical relevance of authors like Gayatri Chakravorty Spivak and Dipesh Chakrabarty. 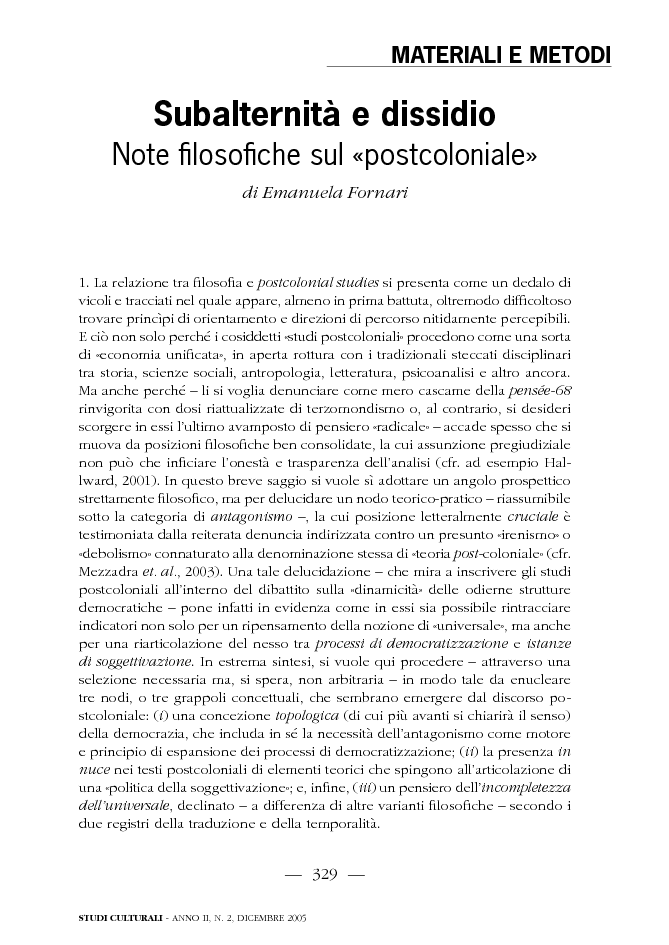