This essay discusses Computer-Mediated Communication (CMC) and the different ways diverse (and non-western) cultures have "appropriated" CMC technologies. In the first part of the essay we review the different approaches to the study of CMC, from the very first research done by social psychologists in laboratory settings to an examination of the increasing attention paid to the influence of the different contexts in which the CMC technologies are used, and finally, to the so-called "virtual ethnography". A turning point comes at the end of the 1990s. This change was both recognised and promoted by the conference "Cultural Attitudes towards Technology and Communication". The case studies we consider in the second part of the essay help debunking two myths which biased much of the previous Internet literature. These myths are both products of technological determinism. The first is that Internet, by sustaining and spreading global culture, acts as a road-roller over local cultures. Conversely, what we point out is the capability of each region/culture /group to "resist", to operate a selection of the values sustained by technologies, and to react to the cultural shock that the introduction of technological infrastructures may produce. The second is that CMC technologies have an intrinsic democratising power which expands the public sphere in any case, whereas in some situations we suggest they reproduce rather than challenge the existent political and social structures. In the third part of the essay we use the concepts of "virtual neighborhoods" and "diasporic networks" to underline how CMC technologies represent a fundamental resource for migrants to reconstruct and support their identities within the host (and often hostile) cultures, as well as a unique opportunity to speak out instead of "being spoken to". Lastly, with particular reference to the diasporic Muslims and the so-called "cyber Islamic environments", we point out how CMC technologies allow two forms of dialogue: one within the Islamic community and the other directed to the rest of the world. 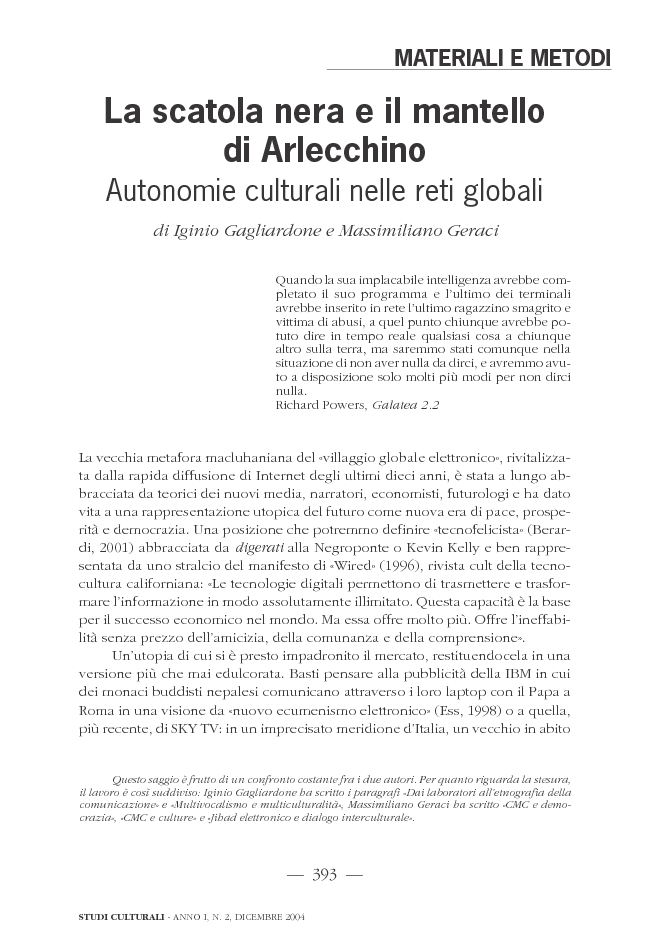