The paper explores Hollywood narrations of Italian identity through a relatively recent film adaptation of "Captain Corelli's Mandolin" (CCM, 2001), a best-selling novel by Louis de Bernières. It draws on film reviews and other texts to reflect critically on (1) the film's reception by an international audience, and (2) the film's relationship with the tourist industry. The theoretical trajectory of the study comprises a combination of Marxist, film and cultural theory. More specifically, the article will focus an analysis on representations of Mediterranean/Italian "habitus", associations between historical and anthropological writings on Italy, political discourse, tourist markets and stereotyping. It will be argued that CCM'S representations of the Italian character are structurally identical to those that we encounter in past Orientalist discourses in the West and within the Italian nation during and after its formative years. The contexts of late capitalist economy in which such discourses are mobilised invite scholars to examine affiliations between identity performance, and the tourist and film industries. 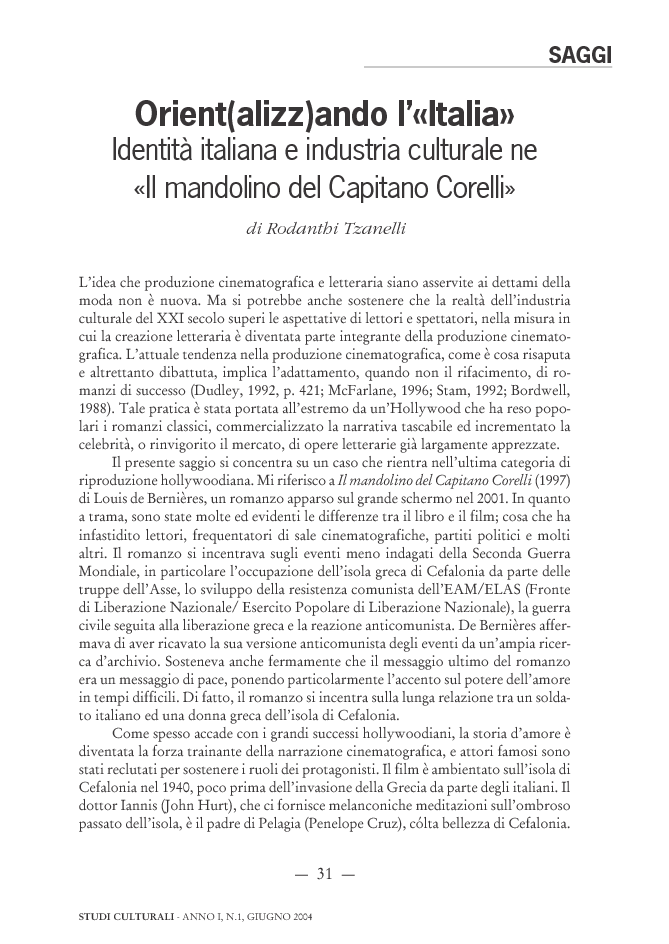