The year 2021 opened with the attack on Capitol Hill, perpetrated by a crowd of Trump supporters convinced, also by the former US President’s statements, that the election had been rigged in favour of Biden. Following the attack, the world’s main social networking platforms removed Trump’s accounts, accusing him of using these digital spaces to incite violence. The episode, unprecedented in US history, also re-ignited the debate around censorship on social media and the issue of «deplatforming», i.e. the removal of profiles or content in relation to violations of the terms of use. This article will discuss the possibility that Trump’s removal actually represented a case of censorship, contextualising it in the broader discourse on the freedom of expression online and the overall privatisation of the digital public sphere 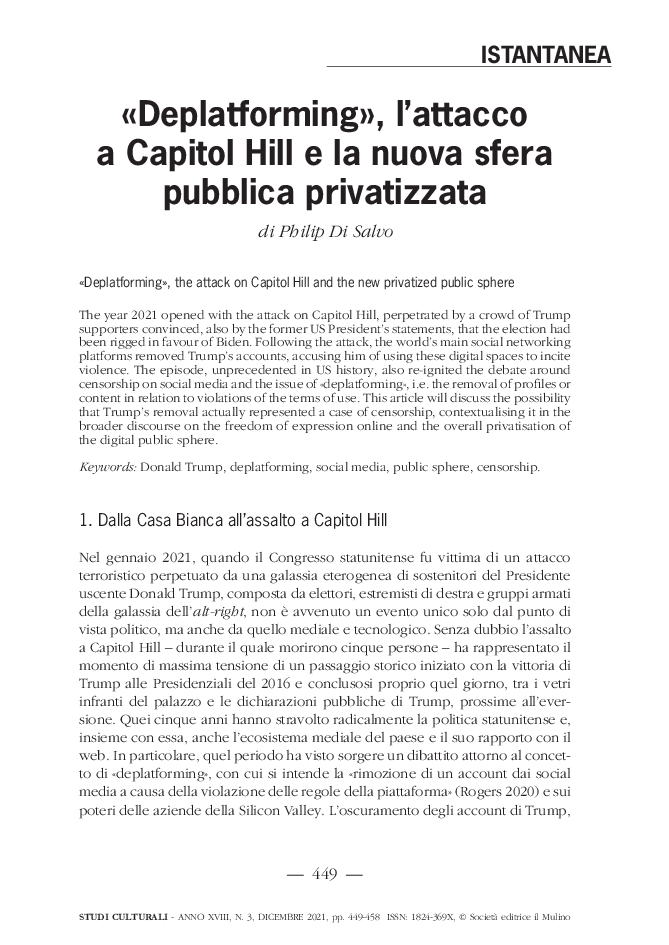