In Italy, following the 2008 global financial crisis, the economic wealth and social stability that younger generations relied on went from being a certainty to a major source of concern. The increasing precariousness of a neoliberal economy has led to a shift in youths’ ability to project themselves into the future, creating a problematic existential impasse and the increasing necessity for individual stability and security, promoting aggressive attitudes towards the Other. Furthermore, the focus on the individual undermined social and affective relationships, pushing subjects to fight alone, rather than collectively, against the intrinsic risks of life itself. Focusing on Italian youth, the article aims to investigate the economic and affective consequences of precarization through a formal and theoretical analysis of Macerie prime (2017) and Macerie prime. Sei mesi dopo (2018), two autobiographically inspired comic books by Italian comic artist Zerocalcare. Ultimately, the article will examine Zerocalcare’s call for ontological precariousness as the unifying aspect of human existence and a means to re-evaluate the affective relations in times of increasing socio-economic precarity and individualization 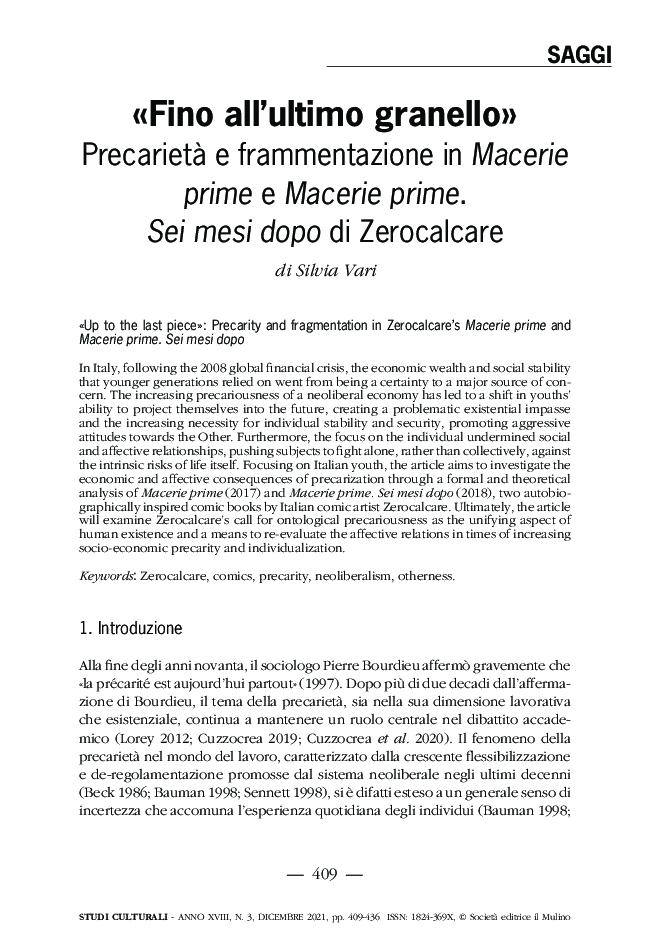