The article presents some results of two field research carried out on lesbian motherhood in Italy. The first conducted in Lombardy (Northern Italy) in 2012, the second in Italy between 2014 and 2017. I will show how the sperm purchased by lesbian mothers is renegotiated within the domestic intimate space. Using mainly three theoretical concepts - procreators (Strathern 1995), origins and originators (Nordqvist 2011; 2012) - I will show how the sperm is represented. It will be described as a disconnected part of the person, becoming a detail of a wider process (Konrad 2005), nothing more than information (Gribaldo 2005), or a chance to conceive (Harrington et al. 2008). On the contrary, in the stories of the origins, the donor will be described as a «kind gentleman»; thanks to his generosity he offered a precious contribution for a child’s conception 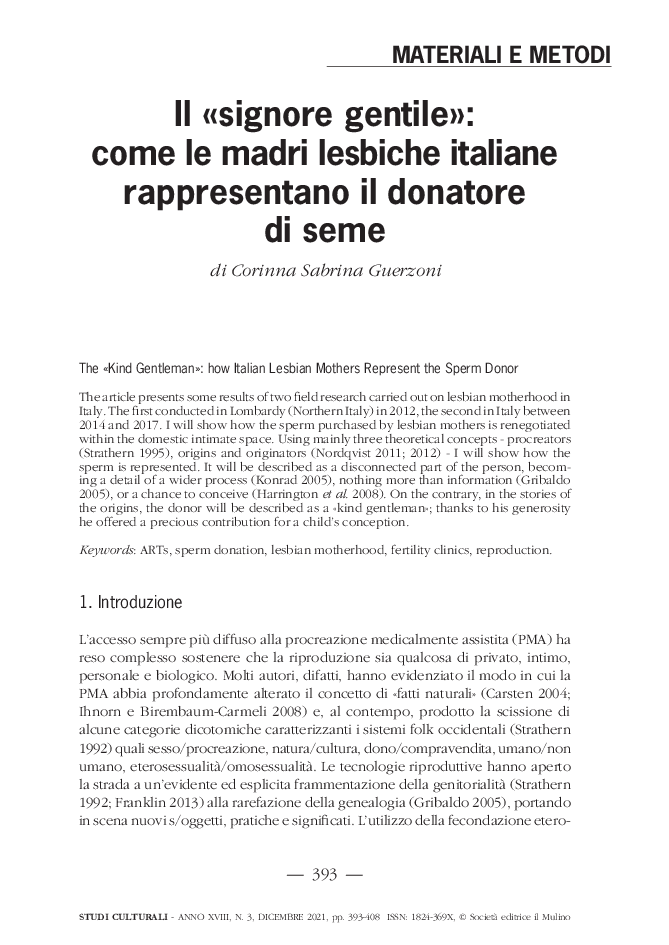