This article aims to explore the meanings of the atomistic metaphor in Hegel’s published works and academic courses. With the expression «system of atoms», Hegel does not address only to Democritus’ ancient doctrines concerning the aggregation of atoms, but also to a specific political system of the modern age: namely, that of the individualistic society, which has been developing since the fall of the Roman Empire. Hegel started employing the atomistic metaphor in Jena, when he described human associations with a scientific language taken from physical theories. Then, this connection is renewed in every following treatise as well as in the Berliner academic courses, in order to criticize a specific political model, that is Rousseau’s social contract. 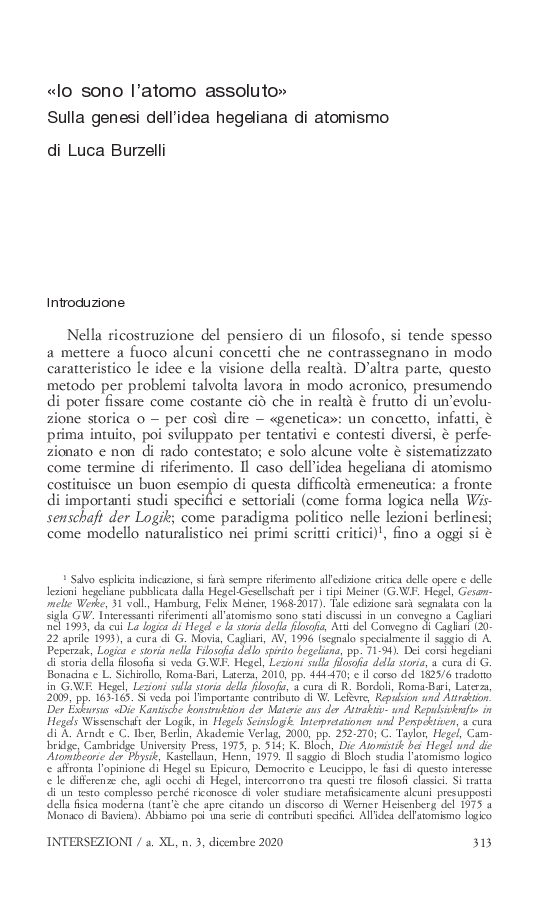