This article offers an analysis of some theatrical metaphors employed by G.W. Leibniz in his reflections on living nature. In particular, I show that he uses a lexicon taken from the world of theater in order to describe the phenomena of birth and death of organisms, as well as some features of such «divine machines». The concept of the metamorphosis of the living being played a central role in Leibniz’s natural philosophy and gained empirical support thanks to the diffusion of microscopy. The theatrical images used by Leibniz in this context are drawn from the Commedia dell’Arte and have to do in particular with the mask of Harlequin. I then try to explain this special predilection shown by Leibniz, framing it in the cultural environment of the Baroque theater, in order to put into a sharper focus two distinct questions: on the one hand, the use of metaphors in philosophical contexts; on the other, the historical coincidence between the golden age of European theater and the rise of modern science. 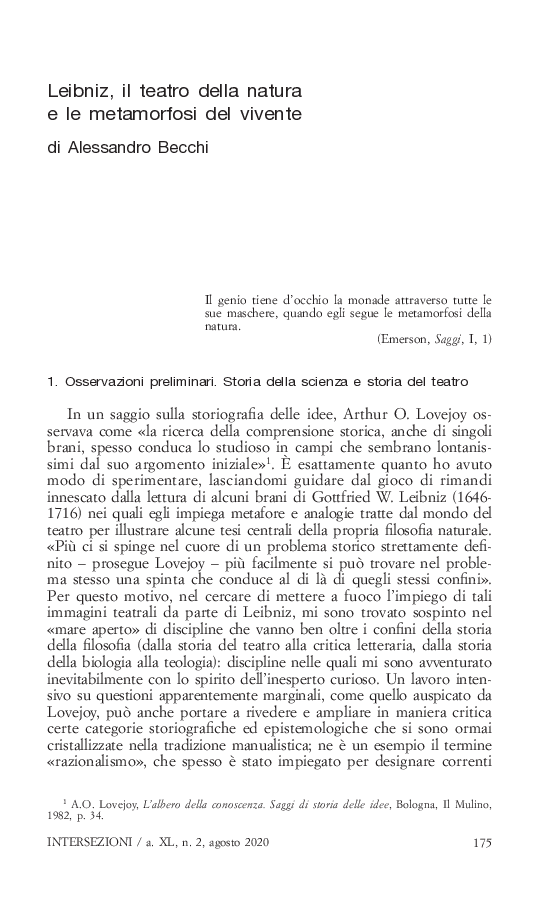