Natural philosophy, based on the neutral monism of the theory of elements, has a fundamental role in the scientific research and Ernst Mach's epistemological reflection. It is a sort of «metatheory» that intervenes to solve problems regarding the relations between different fields of scientific knowledge, in particular, in the study of the relations between physical and psychic phenomena. However, the theory of elements also interacts with some theories of Mach's epistemology and, specifically, it is at the base of the critics of «metaphysical» causality notion, to which Mach opposes the theory of scientific explanation as functional dependence between variable elements. 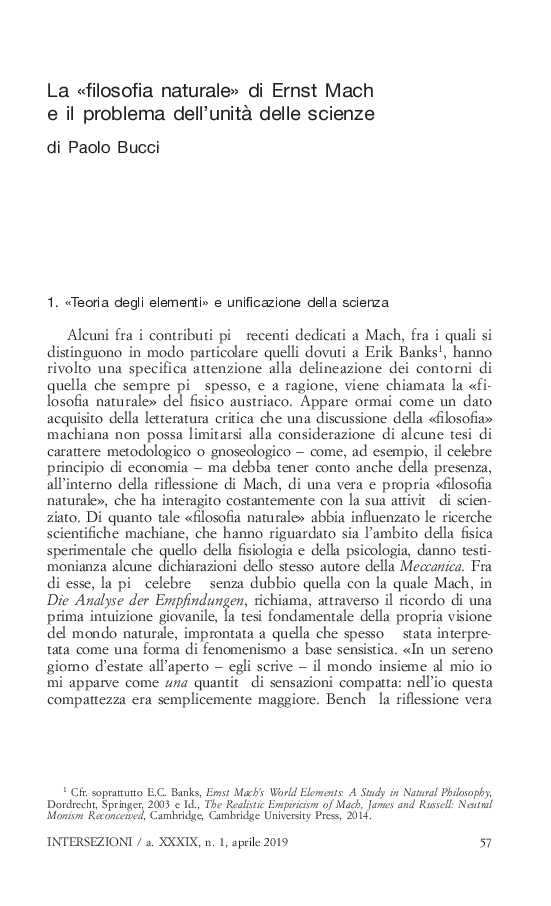