This paper aims to investigate the connection between voice, word and thing by establishing an affinity between Plato's "Cratylus", Vico's "Scienza nuova" and Nietzsche's essay "The Dionysian Vision of the World". In Plato, the name indicates the essence of the thing itself: its «sound», its «shape» and its «colour». In Vico, the first vocal and gestural signs repeat the sound and the «passion» of the acted-things. Finally, according to Nietzsche, in language the strength of sound and the rhythm of its resonance symbolically allude to the essence of the thing. Therefore, all three philosophers point out the mythical and auditory-gestural root of the language - encountered (but not caught) by the language when it sinks into itself. 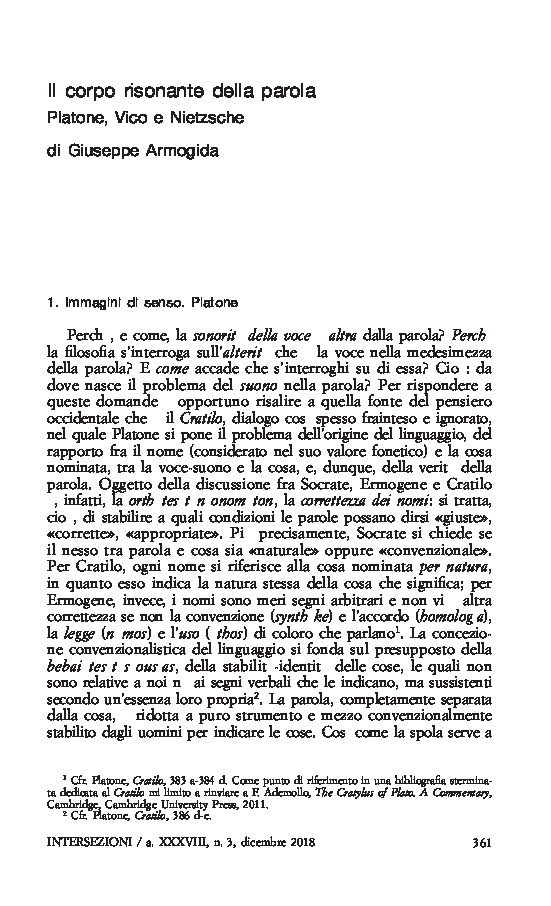