The aim of this article is to show the philosophical outcome achieved by a new way of writing about the history of sexuality. Starting from the well-known Foucauldian «archaeological method» and by employing many typical tools developed by Hacking's «historical epistemology», the author claims that Arnold I. Davidson designs a new historiographical theory based on the idea of «Styles of Reasoning». Through the analysis of the concept of «Styles», Davidson traces the history of a peculiar concept, namely that of «sexual instinct» - from the accounts of the French anatomist C.F. Michéa and the psychiatric theories of R. von Krafft-Ebing, up to the Freudian thought. The article focuses on the relevance of the period between 1850 and 1905, during which a very impressive paradigm shift in the subfields of medical and psychiatric disciplines occurs. Thus, this essay analyses, from a philosophical viewpoint, the «truth-or-falsehood» of the concepts involved in the macro-category of «Styles of Reasoning». 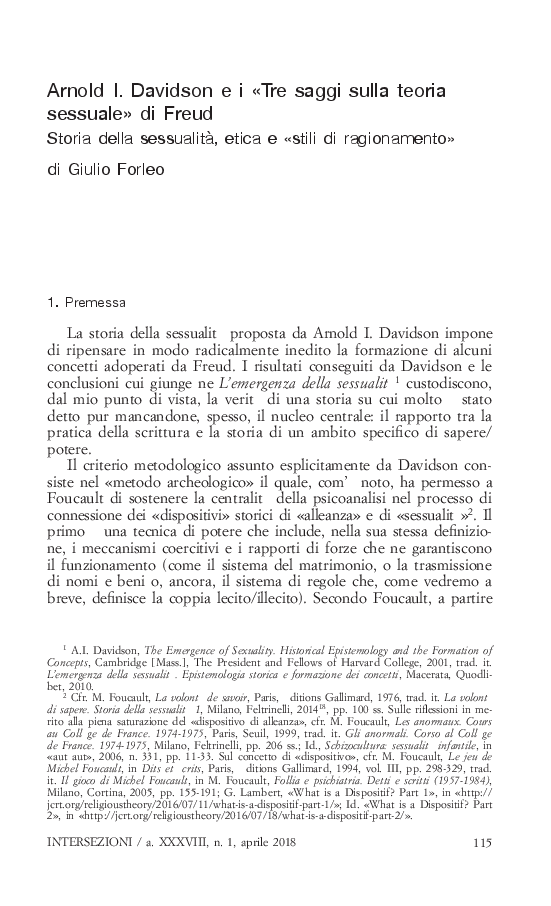