This paper introduces eleven previously untranslated essays written by Erich Auerbach during his exile in Turkey (1937-47). Originally published in Turkish and surprisingly forgotten until relatively recently, these writings offer a side of Auerbach somewhat different from his more traditional image. They present not so much the philologist (indeed, textual citations are scarce); instead, they reveal a historian of culture and thought, an active intellectual engaging "politically" with European history, who juxtaposes past and presents events, as well as East and West. In these essays, some of the themes taken up by Auerbach are: historical forms of government and their relation to the contemporary political catastrophe of Germany; the historical evolution of the relationship between literature and war; the artistic, civic, and political dimension of figures such as Dante, Machiavelli, Montesquieu, Voltaire, and Rousseau. 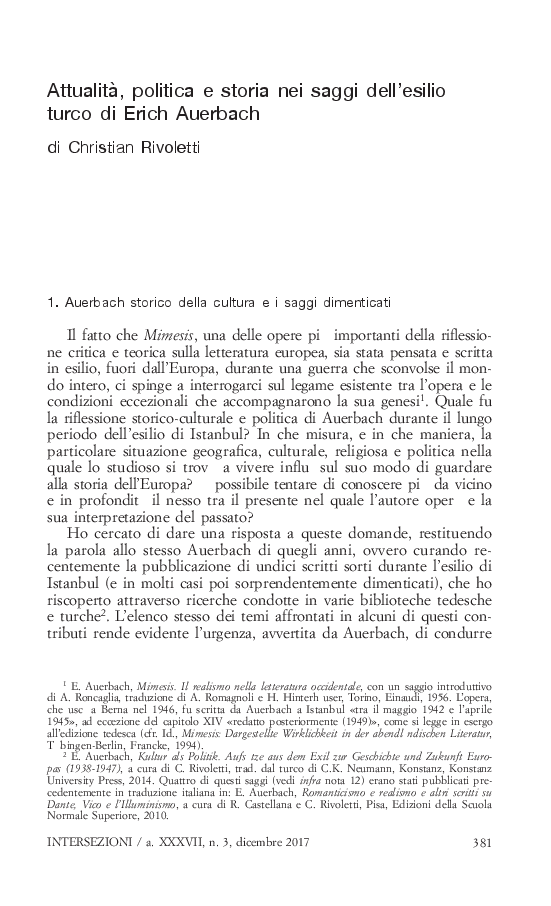