Auerbach returned, again and again, to the semantic field «passion-Leidenschaft» (in 1926, 1933, 1937, 1941, 1946). He engaged also, to some degree dissenting, in a dialogue with the linguist and historian of ideas Eugen Lerch, responding to his essay "«Passion» und «Gefühl»" (1938). Lerch stressed the turning point of the eighteenth century (with Lessing, Shaftesbury, Diderot), when passions were seen no more as a negative force, but rather as an affirmative drive. Two meanings, very different but equally remarkable, stay at the focus of Auerbach's discourse: Christ's passion - «gloriosa passio» - and the furious, barbaric passions in Racine's theatre, a motif that dominates in Racine und die Leidenschaften (1926). In "Mimesis" (1946) the perspective changes and Auerbach discovers in Racine's tragedies, even though conditioned by elitist constraints, a true expression of human nature. 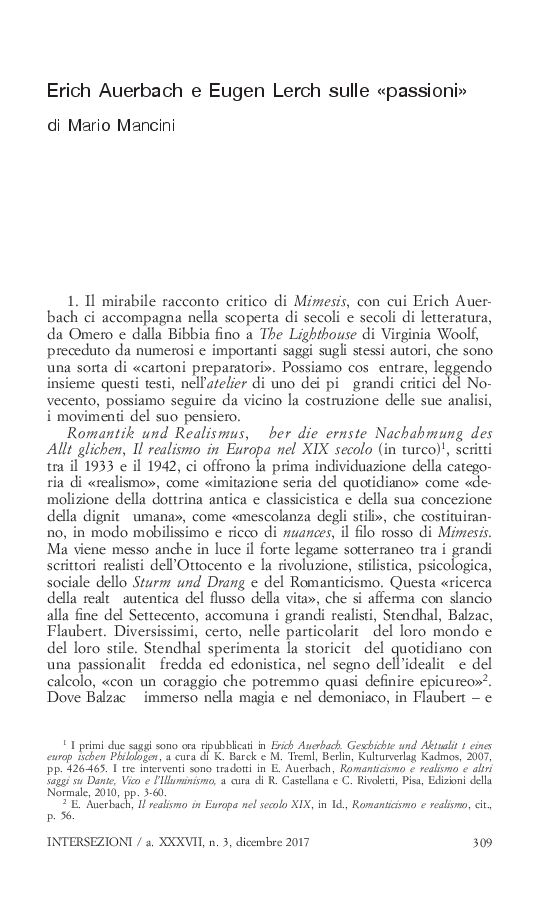