This paper starts with a description of the brain as a plastic organ, emerging from contemporary cognitive neurosciences, as well as that of the mind as a situated phenomenon, sustained by «post-classical» cognitive sciences. Not only do these two approaches confer crucial importance at the interaction among brain, body and world in the determination of mental states, they also convey a deeper epistemological reflection about the reference paradigm of mental sciences in general. A new form of "consilience" may be argued here, underlining the convergence among the recent results in neuroscientific, evolutionary and cognitive research, decreasing thus the distance between nature and culture, traditionally considered as opposites. 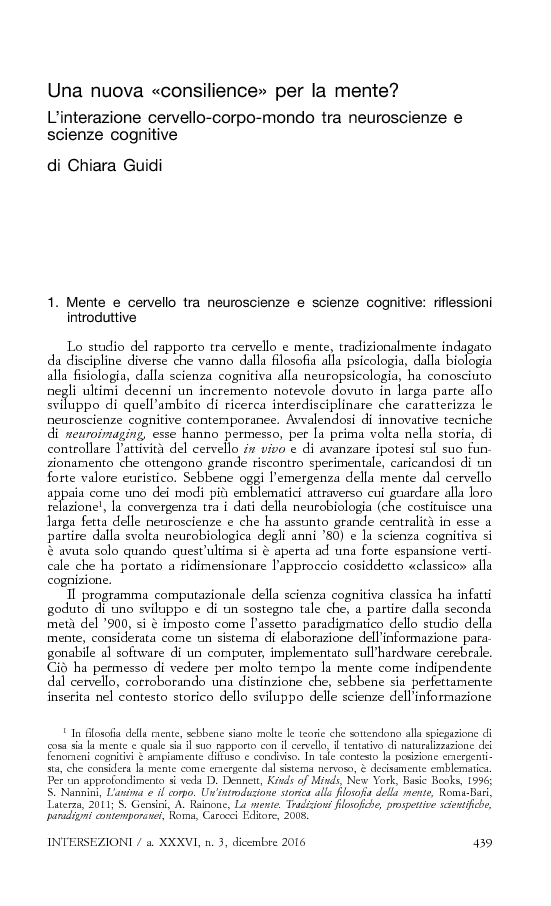