This paper focuses on the figure and the work of the Emperor Julian, one of the most fascinating personalities of Late Antique history and literature. From his writings, his legislation, his epigraphic and numismatic records, a growing interest in Julian has arisen. Foremost, they give precious information not only about his life, but also about the political and military problems of the Roman Empire in the fourth century. Furthermore, they display an authentic rhetorical expertise which can be compared to the technical ability of many exponents of the so-called «Third Sophistic». Finally, they represent the iconography and literary «advertisements» of a philosophical (neoplatonic) and religious Hellenism, renewed by Julian through a constant «fight and dialogue» with contemporary Christians. The variety of Internet sites dedicated to Julian in recent years attest to the popularity of this figure among a large audience of non-specialists too. 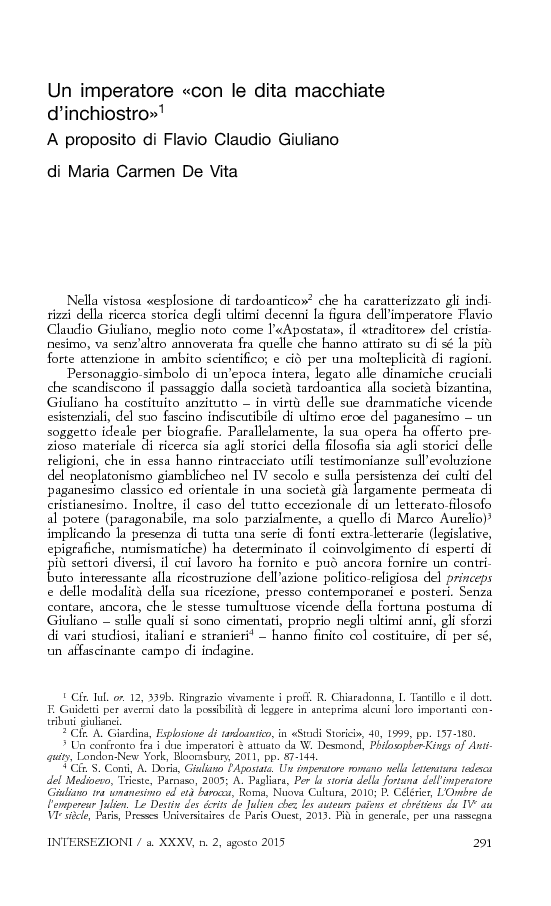