The paper reviews the main theses contained in Erwin Panofsky's "Idea" and in the final chapter of Hannah Arendt's "The Human Condition", especially the assertion of a new worldview in early modernity and the consequent effects on the theoretical conceptualization of the artistic and scientific enterprises. Comparing these two interpretations identifies significant connections between the problematization and resolution of the subject-object relation in the two domains, which shifts in both cases from a contemplative to an intellectualist and productivist view. At the end of the Renaissance, arts and science thus demonstrate a parallel attempt to «recreate the world», revealing not only an underlying affinity but also the origins of that rivalry that would emerge in following centuries. In this light, the complex relations between the arts and science seem closely connected to the tensions - between subject and object, theoretical and practical knowledge, "vita activa and vita contemplativa", sense and reason - which historically characterize the modern age. 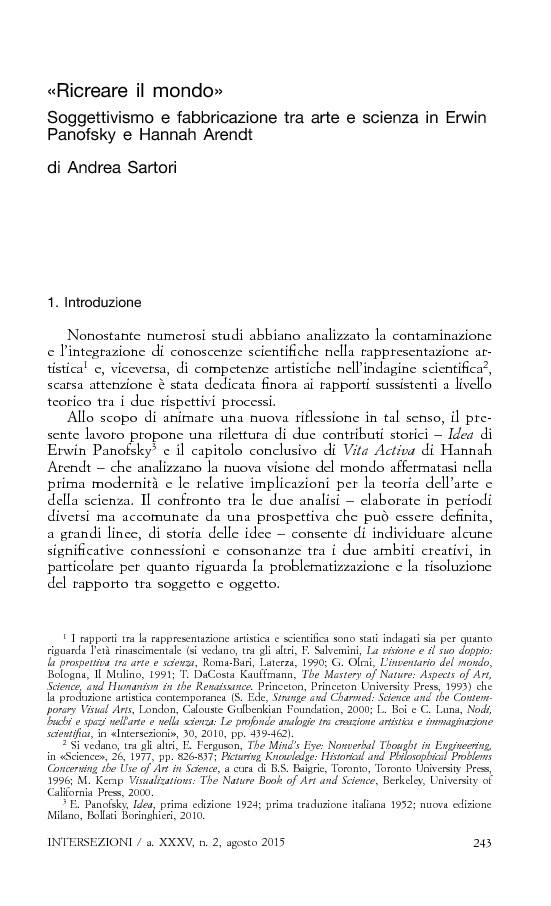