Western philosophers systematically relate the concept of subject to human thinking and rationality. During the 20th century, however, some scientists and philosophers have tried to set apart the subject and human capabilities. On this view, a subject is any living being, that is, any organism. As argued by the biologist Jakob von Uexküll within his approach to what he labels the individual environment, every organism is a subject with a life of its own. Organisms are part of a «subjective environment», where subjective is to be intended as «particular to» an organism that interacts with what is other from itself based on its individual needs. The more developed the subject, the more complex its environment. Considering that, unfortunately, this broad view of the subject has not received much attention: we might perhaps suggest that humans are not interested in sharing subjectivity with other beings. 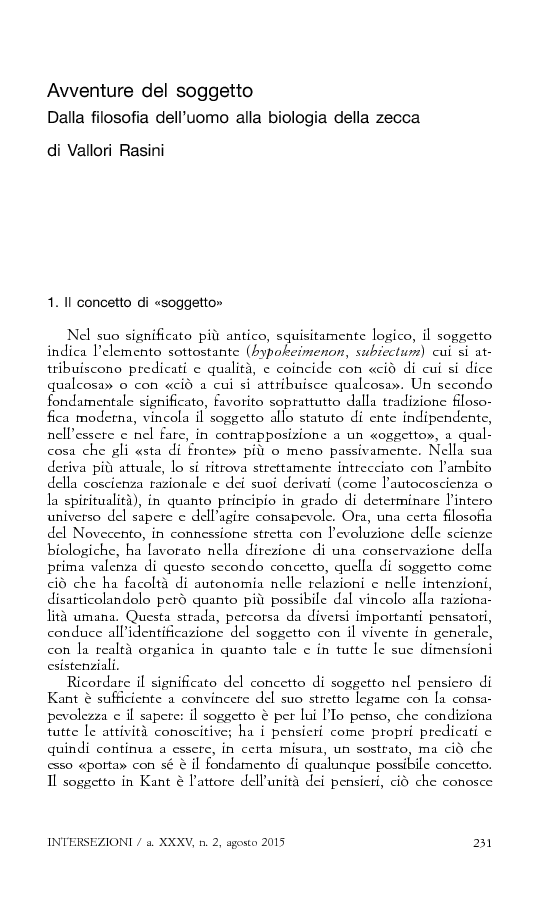