In 1969-1970, Eugen Fink, contemporary philosopher and Husserl's last research assistant, held a seminar at the University of Freiburg on Cesare Pavese's "Dialogues with Leucò", in which he had found the poetic rendition of his personal philosophical considerations about the world and man. In spite of their different interests and stylistic means, both authors follow a common route, starting from the phenomenal description of human existence and investigating the ground of its various contradictions. In both cases, man's condition appears to be characterized not only by freedom, but also by an obscure background, which no free choice can grasp or dominate. The purpose of this paper is to highlight the central ideas of Fink's seminar, based on his «cosmological» ontology, and compare them to the anthropological vision emerging from Pavese's "Dialogues". 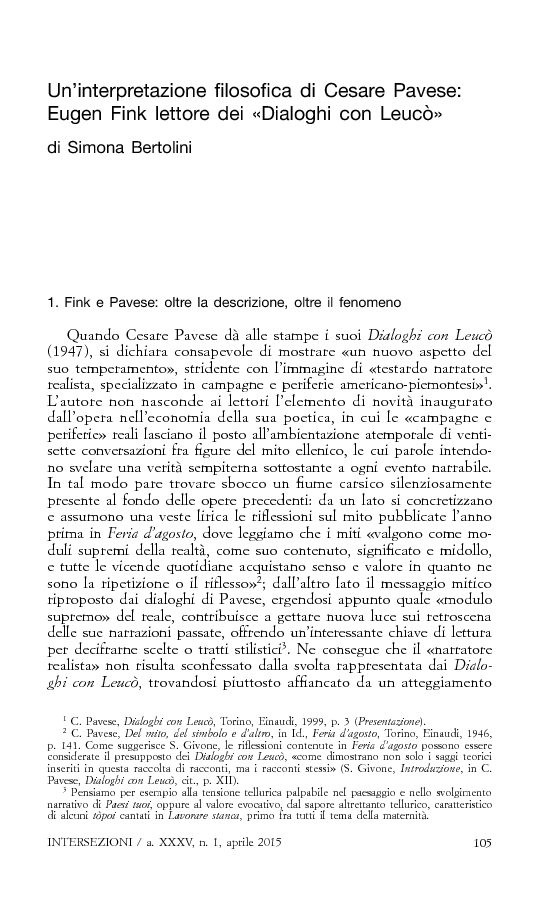