The myth of regenerating sacrifice is a political myth that turns the horrific death of the soldier in wartime into a mystical event, as it attributes a positive value to death, the capacity of achieving a spiritual regeneration and a future rebirth. During the Italian Fascism this political myth found its perfect fulfillment, and it was diffused by the major propaganda organizations of the regime, firstly at school. Through the analysis of unpublished historical sources - such as school exercise books, school correspondences, compositions, notebook-covers which are safeguarded in «Fondo materiali scolastici» of the «Archivio storico dell'Indire» of Florence. The purpose of this essay is to discuss the way children of that time accepted and internalized the myth of abnegation, and moreover, how school had become an efficient means to turn the individual into a future martial man devoted to immolation. In conclusion, this essay concerns the way the educators taught the myth of regenerating sacrifice and, according to an inverse perspective, the way children learnt and elaborated these learnings. 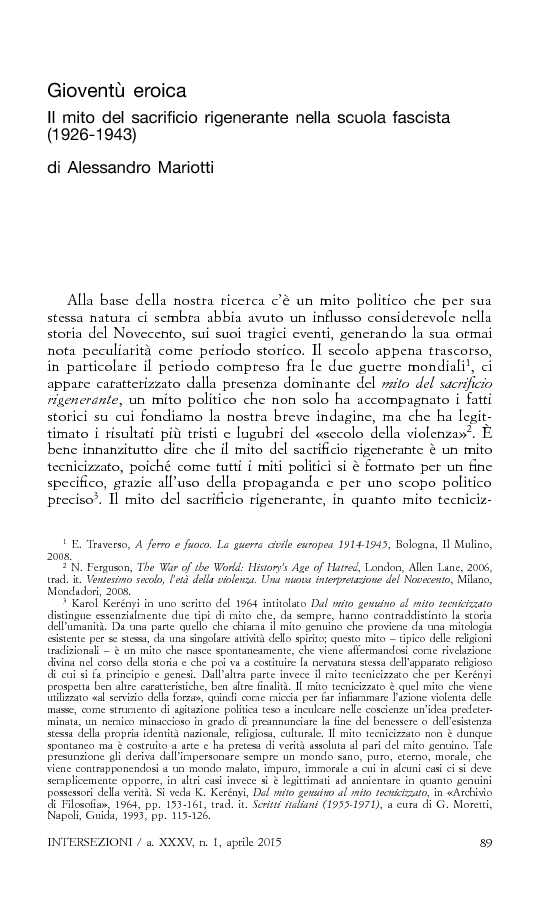