Despite the theoretical indifference towards politics, Descartes' biography is plenty of political actions and political definitions (politics of culture, geo-politics, politics as "libertas philosophandi", bourgeois' politics). In the correspondence with Princess Elizabeth, these biographical experiences are submitted to reason: commenting on Machiavelli's "Principe", Descartes inscribes politics into rational order through intellectual clearness and distinctness. Politics' non homogeneity is embedded within reason, without establishing a new political theory, but simply reducing it to the theory of method. Clear and distinct ideas perform truth and justice over fortune, hazard and arbitrariness, building modern politics on the supremacy of reason over decay. 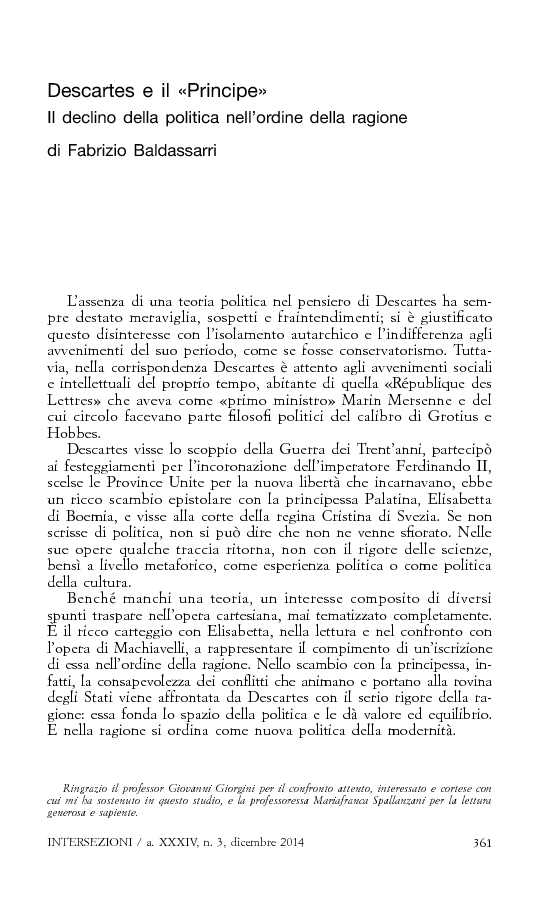