Primo Levi's first written work was surprisingly a medical report about the sanitary and hygienic conditions in Auschwitz lager. He wrote it for the Russian Army with a friend, Leonardo De Benedetti, a Jewish physician from Turin also deported in Auschwitz. When they arrived in Turin, they published the "Report" in a prestigious medical journal, "Minerva Medica" (1946). This text shows for the first time Primo Levi's voice; and its importance concerns also the use of a narrative scheme that we can also find in his first science fiction tale, "I mnemagoghi", probably written in 1946 and published in 1948. I would like to show the links between Primo Levi's first written work and his science fiction production, concerning especially the narrative approach, the role of medicine, the relationship between biology and ethics. 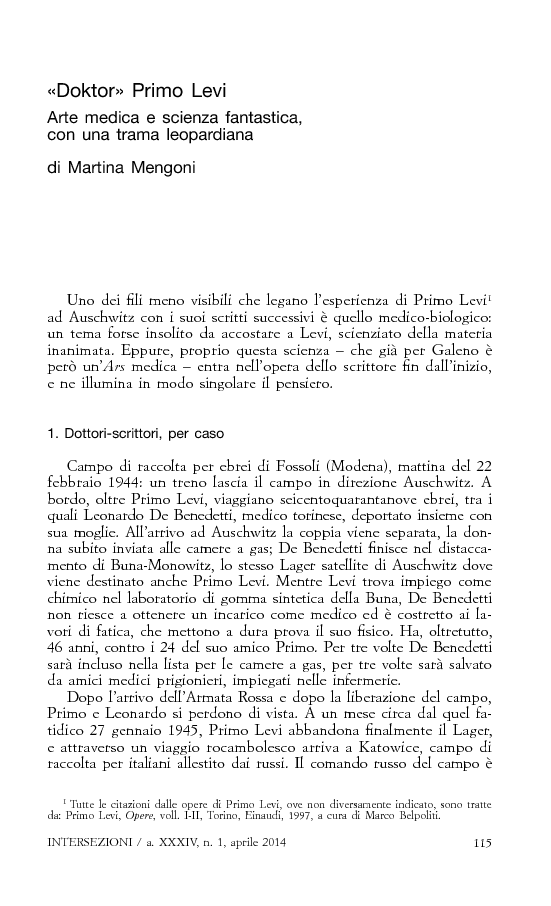