According to Bacon, for Nature to be comprehended by man, it must be put through a process of decipherment. Causal explanation, as it was conceived by the Aristotelian tradition, is therefore insufficient. Rather it must be substituted by an analogic or digressive method which could grasp the nature of things indirectly, following the threads of similitude through which all things converge to unity. This analogic method is also displayed by baroque rhetoric, which, in Bacon's case particularly, is not merely an "ars bene dicendi", but rather an "ars bene legendi" of the divine language of the book of Nature. This essay will argue that this conception of rhetoric and of analogic method represents a crucial background to the understanding of Bacon's philosophy. 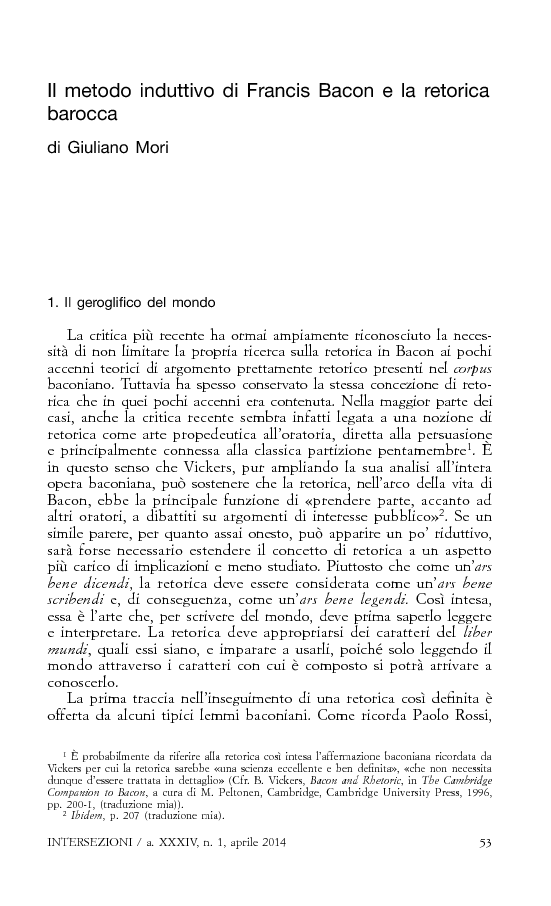