This article focuses on the figure of the foreigner in Italian novels dating to the last decade of the twentieth century. On the one hand, Italian writers, despite their own intentions, end up following the rules of the media by creating unwilling crime novels where the migrant inevitably seizes the role of the villain. On the other, the development of migrant writings in the past few years prompts a dramatic reversal of this model, giving rise to what could be defined as a counter-narration, ruthlessly exploring Italian organized crime through the unsettling figure of the «clandestino», acting as a sort of post-colonial detective. This contrast clearly emerges from the early work of Saidou Moussa Ba, La promessa di Hamadi (1991), which will be at the centre of the present discussion. 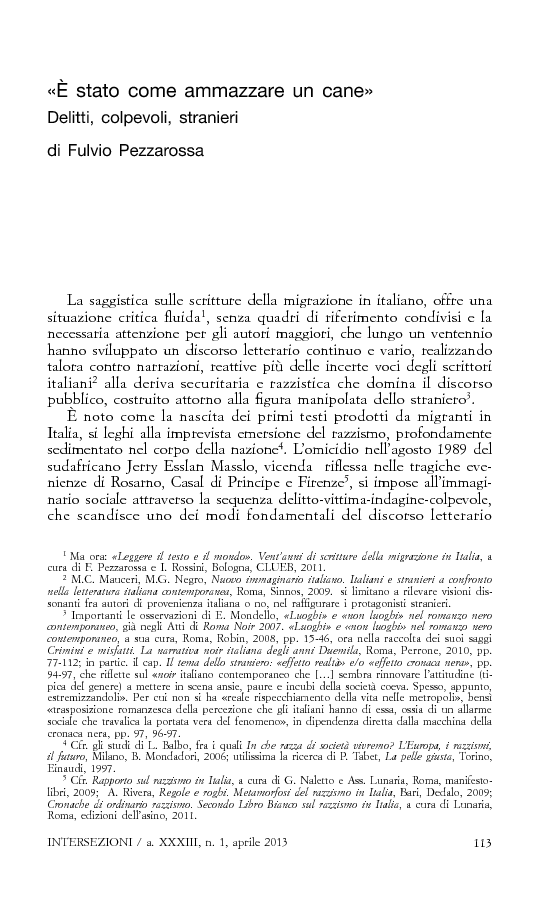