Among Gino Racah's works, Jew and Zionist, prose works titled Novelle ed impressioni gain a particular significance. The investigated tale, Tristi effetti, dated at the early twentieth century, tells about the relationship between the old Jew Levi and the Catholic daughter in law. Introducing the fruit of the mixed marriage, to which Racah dedicate more than a «political» paper within the discussion about the change of customs in the Italian Judaism during emancipation, the Milanese presents both the prototype of the anti-Judaism and that of the victim of discrimination. The opportunity to celebrate the Kippur becomes an examination about the freedom to be oneself, between the desire «to belong to» and the necessity «to hide oneself». 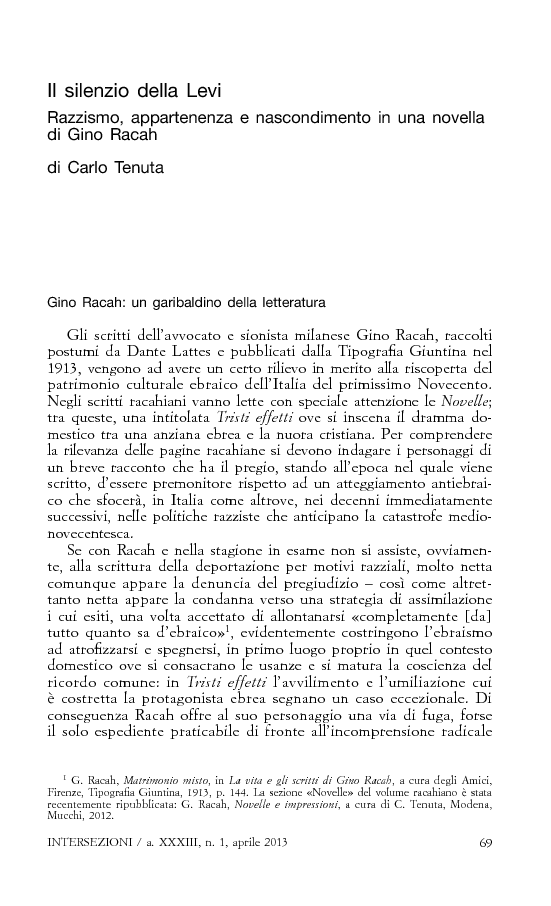