In the context of a supposed continuity between the modernist novel and the French nouveau roman, Michel Butor's extensive and heterogeneous literary output seems to be characterised by the same inclusiveness and experimental realism distinguishing James Joyce's oeuvre, that the French author has always admired and considered as a model. Both writers conceive the narrative form as an independent world of words, as a highly self-reflexive epistemological framework in which it is possible to investigate the concept of representation as well as the relationship between consciousness and reality, text and (both inner and outer) world, by paying particular attention to such fundamental issues as language, structure and formal experimentation. 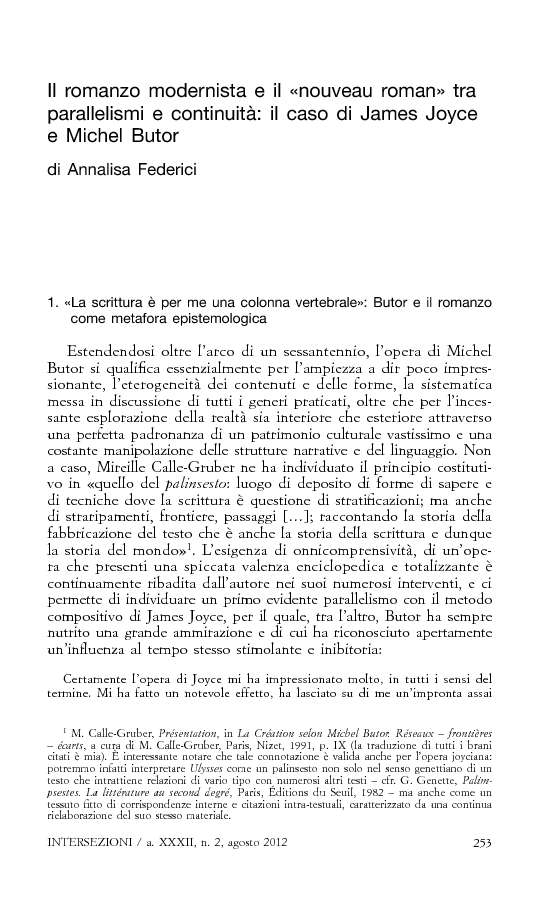