The correspondence between Pietro and Alessandro Verri, which has been re- cently reedited, is certainly a significant monument of the age of the Enlightenment in Italy. The biographical references concerning the two brothers, the severe intellec- tual engaged in the political life of Milan and the younger brilliant writer who spent many years in Rome, are deeply related to the major issues of the contemporary world, legal and economical reformation, human rights and state organization, not to mention the winds of the French Revolution, when they began to blow through all European countries. Despite the generation gap their relationship was very pro- found, marked by mutual affection and respect. The letters also demonstrate the decisive influence that their different social environments (the Habsburg Milan for Pietro, the Papal Rome for Alessandro) exerted on their views and their approach to interpreting the complexity of history in the late 18th century. 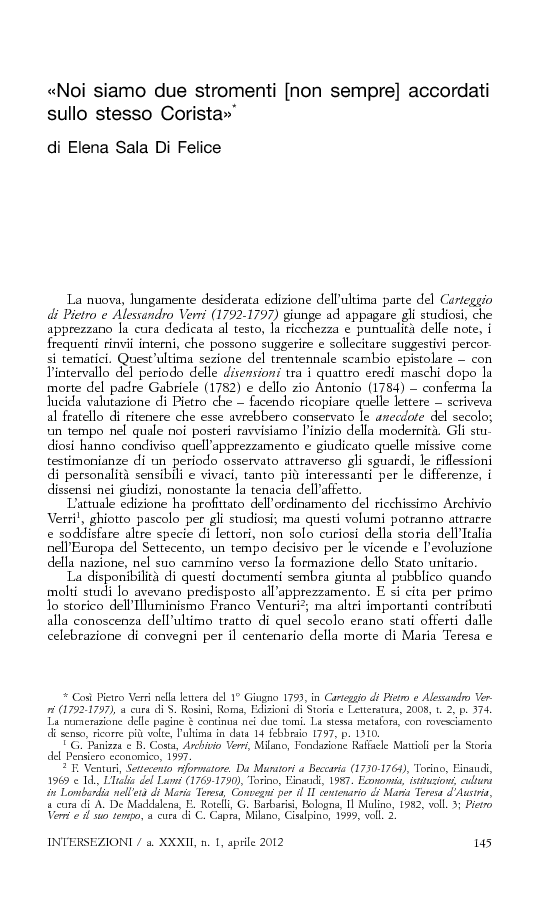