La Reine Fantasque is a fairy tale written by Rousseau between 1754 and 1756, after the split with Baron d'Holbach's coterie and during the attending of Mlle Quinault's salon. This work is generally neglected by literature critics, both because of its clandestine publication, and because of the poor esteem that the same author showed it in several situations. However, a deeper examination of the story's origin - which can be found above in the pages of correspondence - shows that Rousseau actually paid attention to this writing, which started with an overt disagreement with those materialists from whom he wanted to distance himself. Far from being a simple entertainment literary, La Reine Fantasque can be interpreted as a philo- sophical tale which puts into paper, maybe for the first time in Rousseau's work and with a clearness that is hard to equal, the fundamental dialectic between the heart and the reason, embodied by the characters of King Phénix and Queen Fantasque. This dialectic is not an irreconciliable opposition, but rather a continuous tension between two polar opposites. 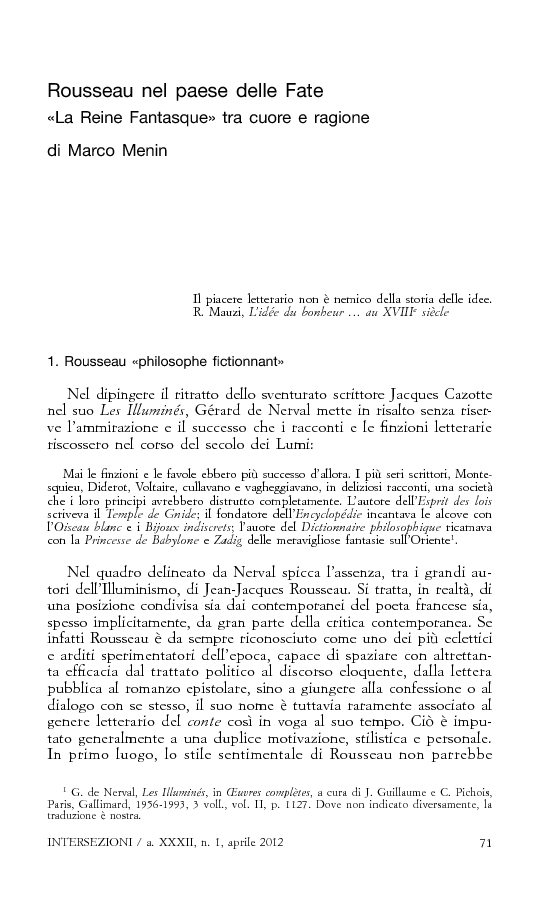