Boccaccio's Genealogia deorum gentilium, in this paper, is shortly contrasted with another mythological treatise of the time, in order to clear up, by contrast, the new approach of Boccaccio to ancient mythology. The treatise concerned is the Tractatus de reductione fabularum et poetarum poematibus of Pierre Bersuire, better known under the (non authentic) title of Ovidius moralizatus, written probably before 1342 in Avignon and later (after 1350) revised in Paris. Both treatises are, as shown by the great number of preserved manuscripts, typical of their time and have determined for more than two centuries the fortune of the ancient myths in Europe. 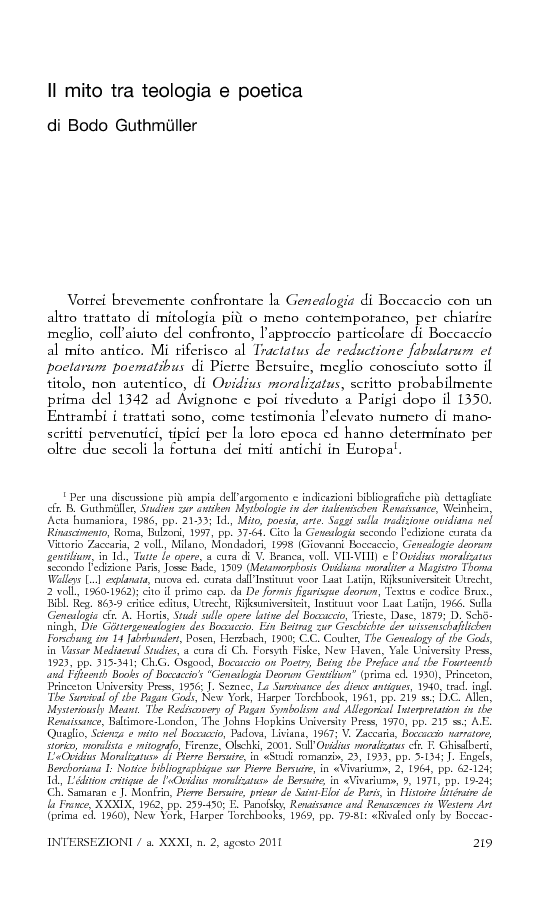