Many women in a figure, many narrations in a myth, Helen is more than a mythological figure in our culture, she is a shadow looking for a body, a blank point to be filled. Along the centuries from Homer's poems to Derek Walcott's Omeros, Helen has been invested with different meanings, she has been variously thematised. In a continuing confrontation with the narrations made of her in the ancient Greek world (Homer, Stesichorus, Aeschylus, Euripides, Gorgias, Isocrates), the article explores what happens to the character when it enters the post-colonial world of St. Lucia, the Caribbean island where the author comes from, and the post-colonial epic of Walcott's poem. She seems to be, both concretely and symbolically, the reason and the final destination of everything which happens in the poem, both in the past and in the present; the object of desire to be rejected or to fight for; the centre around which everything moves. She is the incarnation of the desire which holds together all the threads of the narration. 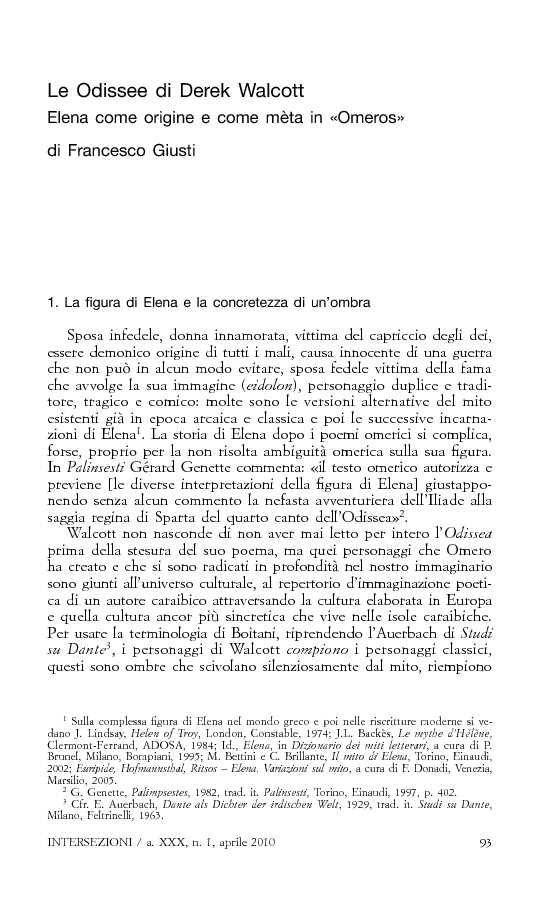