In antique and mediaeval medicine, illness did not possess its own body, but rather was regarded as an internal imbalance caused by depraved, antigenic behaviour. Between 1530 and 1546, the notion of «contagion» developed by Girolamo Fracastoro subverted the system of medical knowledge by substituting the traditional metaphor of contagion as a fire with the image of invisible, living pathogenic corpuscles. In this change to the explanatory model, Francesco Berni's comic poetry takes on a relevant role: it actually takes part in the scientific debate about pestilential contagion and the notion of illness, combining parody and analysis, laughter and concepts, eccentricity and reflection. However, the idea of imperceptible infective organisms also raised the problem of the crucial relationship between the visible and the invisible, between appearance and the structure of reality, an evidently decisive question in the development of a scientific epistemology beyond the empiricism of the Aristotelian model. 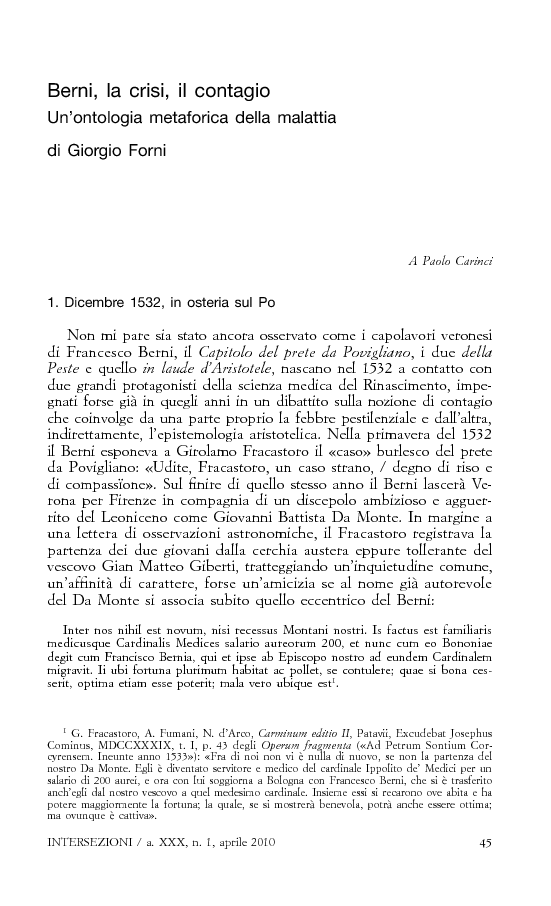