Historians have often tried to find some predecessors of Evo-Devo dating back to Geoffroy Saint-Hilaire, Karl Von Baer, Ernst Haeckel or D'Arcy W. Thompson. The aim of this paper is to show that Aristotle could be considered as a more ancient starting point, particularly concerning the following key concepts: the body-plan, i.e. the representation of an organism's symmetry and morphology; the zootype, i.e. a common morphological blueprint shared by all animals; the morphospace, i.e. the representation of the forms, shapes or structures an organism could virtually have; and the theory of transformations, i.e. the geometrical representation of the differences between the forms of related species. Nonetheless, in order both to avoid anachronism, and to be more productive, this comparison is made on the field of comparative science. 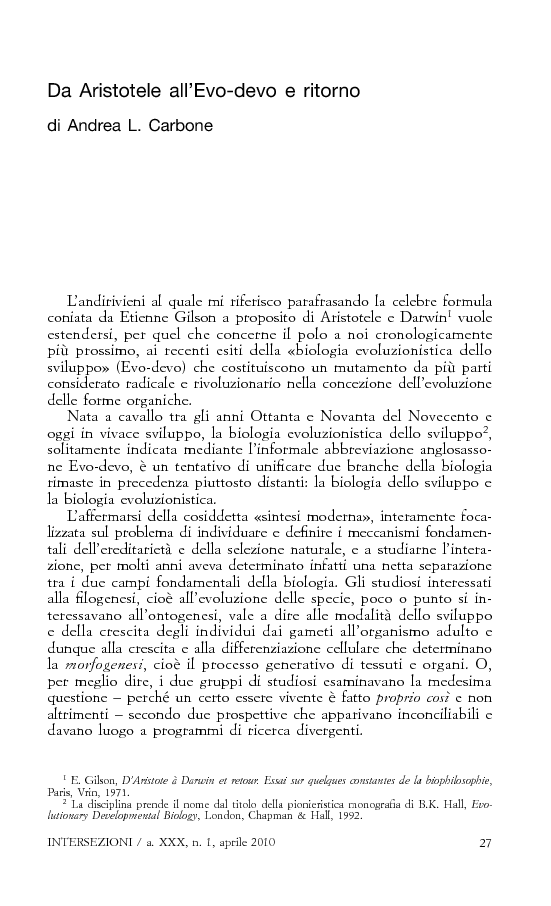