The aim of this paper is to present some aspects of the essayistic production of Elias Canetti, starting from his interest for myth, religion and Presocratic philosophies and stressing his original holistic approach to the reality (evident both in the novel Auto-da-Fé and in the socio-anthropological essay Crowd and Power). Inquiring into the historical context of his youth – primarily the personal path in the philosophical scene of post-war Vienna (with reference to Kraus, Musil, Broch but also to Heinrich Gomperz, the Austrian philosopher near to the circle of Schlick and upholder of ‘Pathempirismus’), the paper focuses on Canetti’s aversion a) to any belief accepted as authoritative by philosophical schools, particularly systematic theories and dialectical thought, b) to the obsessive philosophical attraction for the death (and for the power). 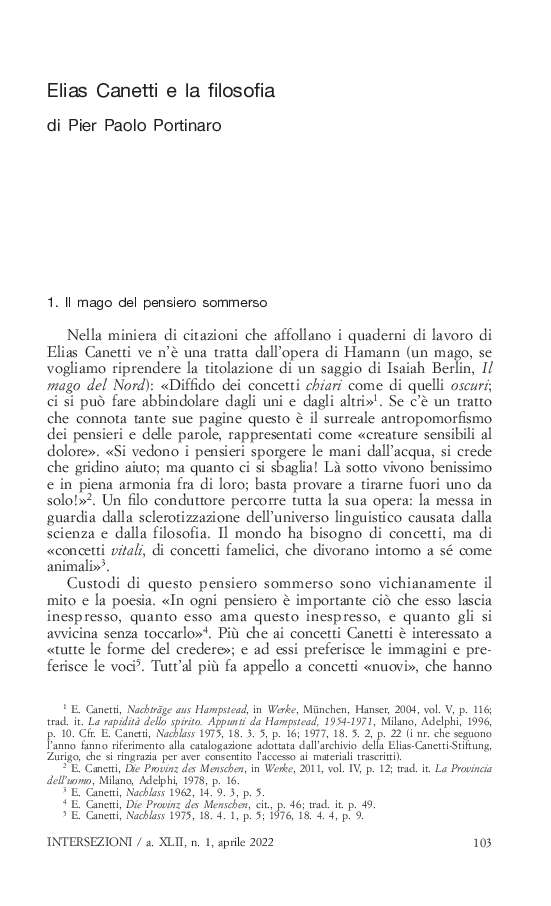