Leonardo’s influence on Goethe, first highlighted in 1899 by the young Aby Warburg, but not yet sufficiently analysed by critics, is fundamental to understand the author’s scientific breakthrough and the relationship between the theory of the gaze and the pictorial practice. After his stay in Sicily, Goethe immerses himself in Leonardo’s Treatise on Painting, where he finds the fundamentals for his aesthetic idea of the movement of forms and the shady nature of colours. In the Theory of Colours he gives life to a kind of phenomenology of perception, which, anticipating some modern philosophers, interprets the world and its forms as the result of a cross-relationship between the individual who perceives external nature and the external nature that is perceived by the individual 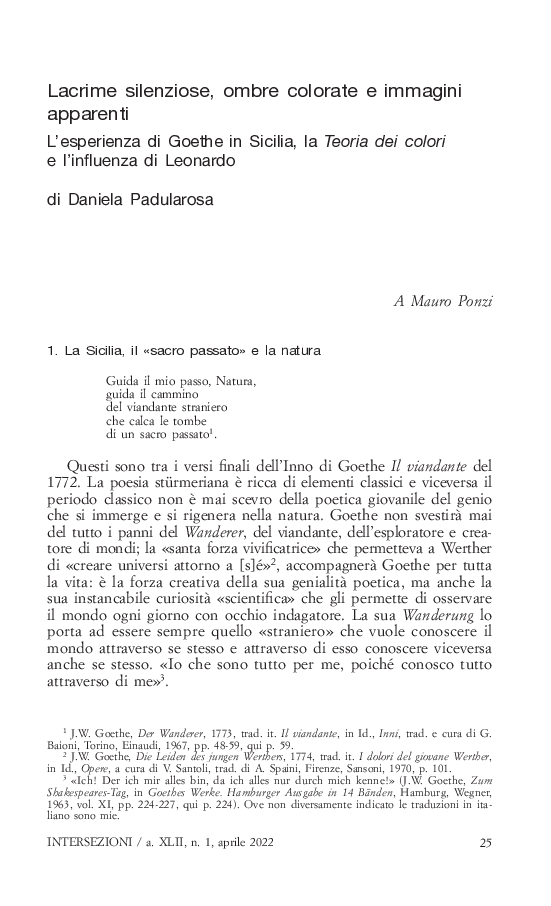