Keywords: The Fateful Evening; The False Writer; Beyond the Dialectic of Desire; Permanent Identity; Death and Curvature of Time.

The narrator of Recherche maintains: «[...] the only life fully lived, is literature ». This essay examines what he means and what justification is given to support the claim. We will consider the demonstration that a “trueµ and stable personal identity can be “createdµ solely by representing one’s own self in a literary work. Beyond this, the identity of a person can only remain murky, deceptive and transitory. The essay is divided into two parts: in the first part we will follow the creation of the – partly fictitious – personality of the main character; in the second part we will analyze the path to recognition of his “trueµ identity. In the second part, the theme of death assumes an essential role and completes the metamorphosis of the main character into a writer; reconnects his initial childhood angst of “not being in timeµ to receive his mother’s goodnight kiss to his fear of “not having enough timeµ to complete the Literary Work before his death. Thus, the end of the novel recalls its beginning, embracing the entire narrative under the pregnant sign of a repetition of Time, which is its curvature, restoration and – in some way – redemption. The first part of the essay is prefaced by a prologue, which offers some interpretative insights of the Recherche, useful to better understand the second part of the essay. 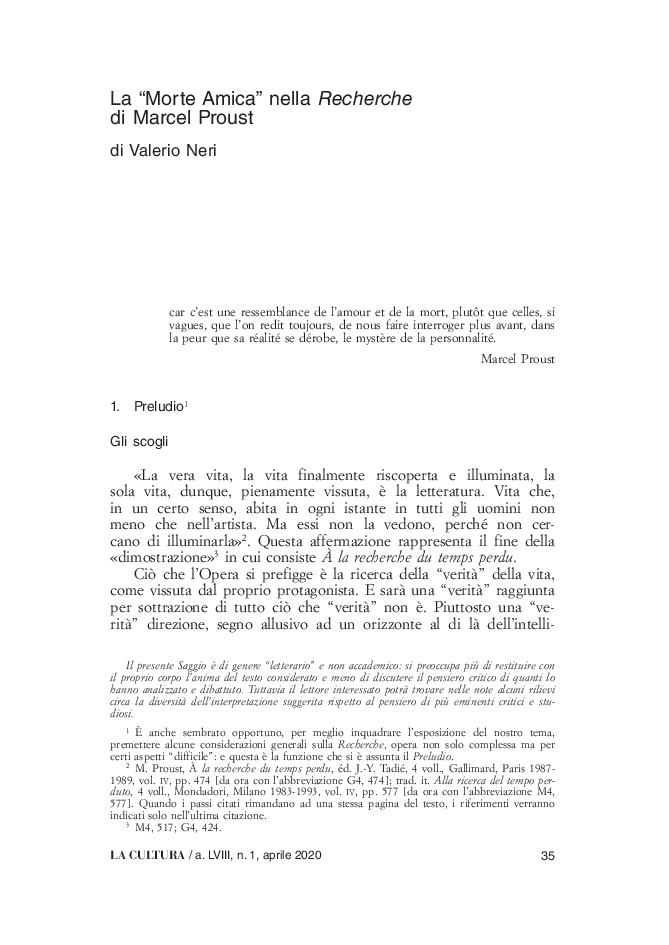