Taking occasion from Thomas Mann's "Doctor Faustus", in the new Italian translation commented by L. Crescenzi («I Meridiani», Mondadori, Milano 2016), the author - nothing new affords in his interest for the German writer and his work, to whom he has already dedicated some Notes in the Past - realizes a full characterization of the two major figures in the Romance. He analises the role of Serenus Zeitblom as Adrian Leverkühn's biographer like a significant mediation between Th. Mann and the plot he wants to narrate, while going deep to the core of the relationship between the German teacher in humanismus and the German composer lost in the demonic element, he draws motives and reasons, which outline in the tragic destiny of the latter a common and irresistible attraction in the first one. In the form of a transparent and acute analysis, where the matter of the crisis and finis of both, Germany and Music in the first half of the 20th century are always at the centre, Sasso examines the conceptual structure of nihilismus and a consequent impotency of culture, art and policy as emerging in the book and throughout Thomas Mann's other reflexions. 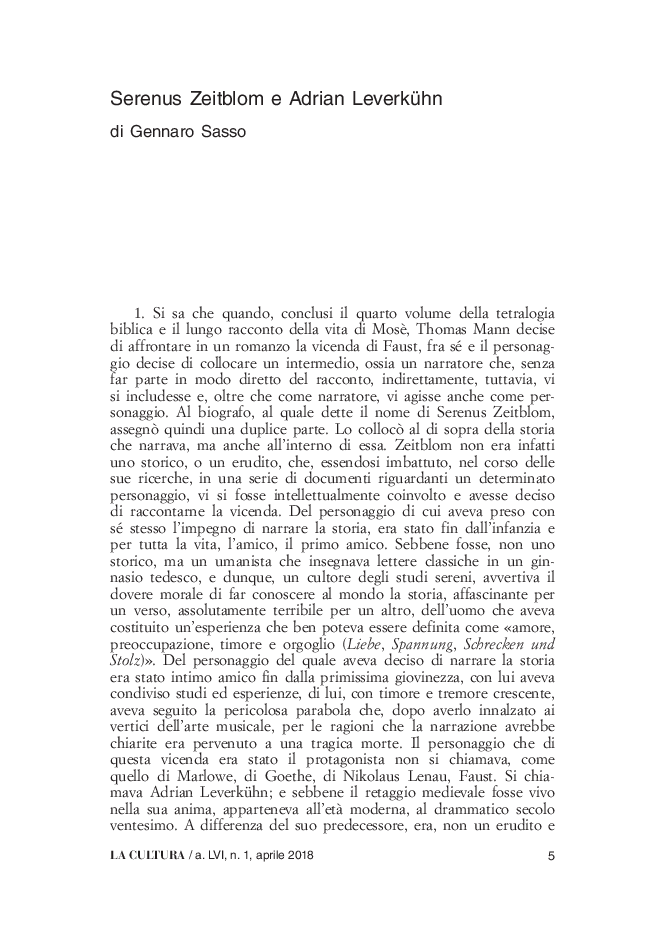