The essay examines the structure of truth with reference to the three dimensions of "saying", "denying", "thinking". From a formal point of view, the act of saying is expressed in ancient Greek by the verb "leghein". When our 'saying' is a "leghein" we can 'say' all we want, namely, we can say the truth as well as its contrary, we can say what it is and what is not. But there is another Greek verb, "phrazein" (that expresses a perfect meaning); when we 'say' what is not true, or what is not at all, for the Greek language (and above all for Parmenides) our talk is a "leghein", but not a "phrazein". The difference between the ethical choice of telling the truth (as an expression of sincerity) and that of denying the truth (in order to deceive someone) rests upon this basis, as it does the problem involved in taking 'being' as the truth and falsehood as concerning the realm of not-being. Ethics is made possible by the foundation of formal logic, not by the foundation of ontology. But when we examine the truth with reference to thinking, we face the following problem: is the truth thinkable only through language, or is it rather ineffable in its deepest sense? Metaphysics and ontology address this question through two different and incompatible strategies. 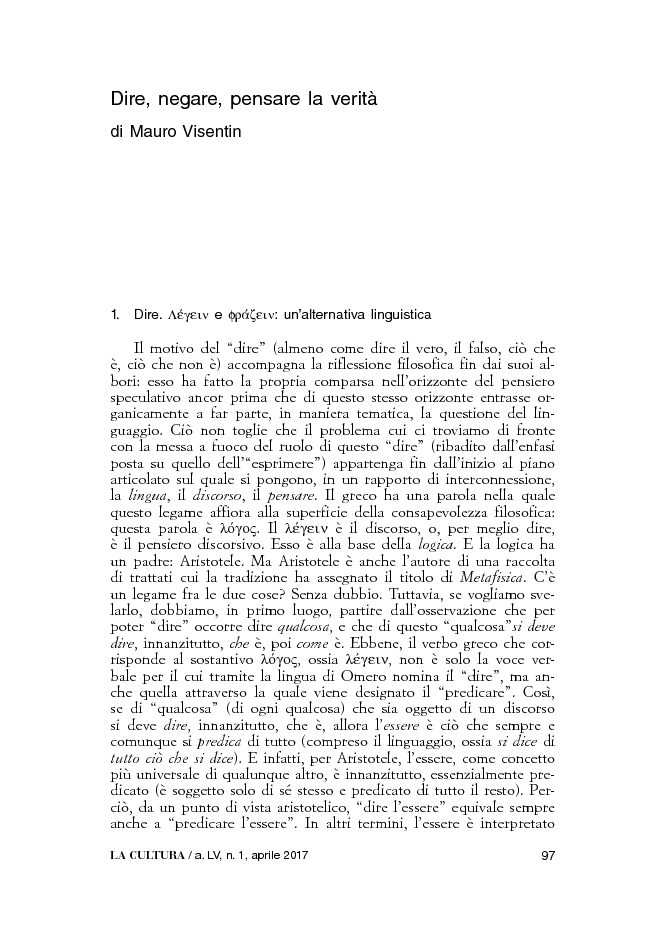