The Archivio di Stato di Napoli preserves the private archive of Ruggiero Bonghi, eminent Italian scholar and politician. Among various materials, there is a folder entirely dedicated to Alessandro Manzoni, containing several documents so far ignored by scholars despite their importance. Bonghi was in fact asked to take care of the Italian writer’s Nachlass and, thus, was able to know and copy even texts which eventually ended up lost. Among these, there is a text previously unpublished, containing expressions from Petronius’ Satyricon, juxtaposed with the corresponding expressions taken from the Neapolitan dialect. In the present article we will provide an edition of these notes and discuss their form, their content and their relation to Manzoni’s thought and writings. 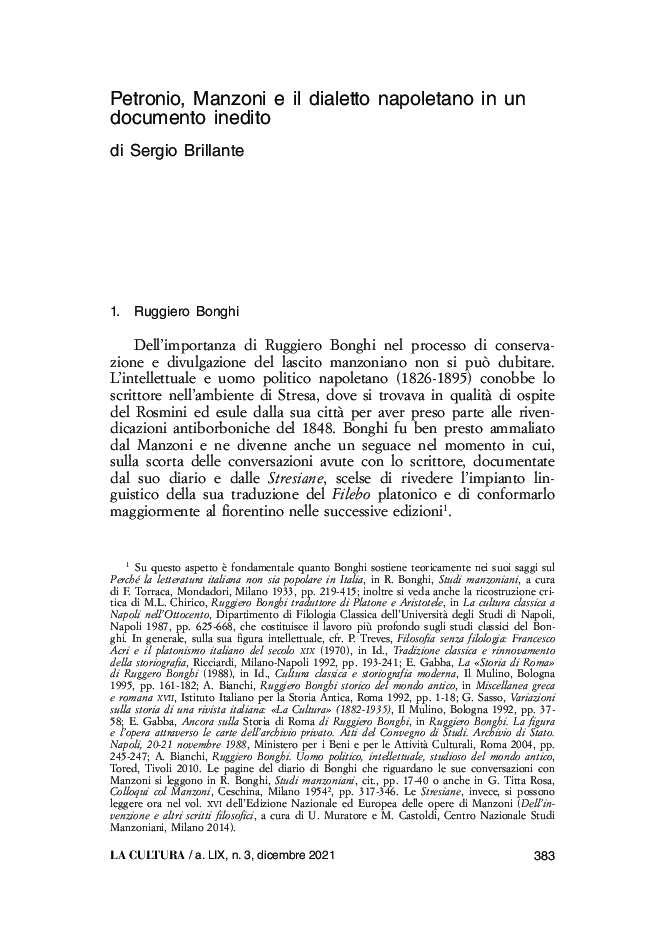