Although theoretical discussions on the concept of empathy begin only in the second half of the 19th century, within Vischer’s and Lipps’ reflections, the theme of the interactive artistic object capable of coming alive in a mutual exchange of sensations with the viewer, has a very ancient origin. However, it is in the sixteenth century that this topos takes on a certain theoretical relevance, thanks above all to a writer like Anton Francesco Doni. In a passage of I Marmi, the series of curious dialogues edited in Venice in 1552, Doni imagines that just touching Michelangelo’s Aurora in the Sagrestia Nuova of San Lorenzo the visitor has the feeling that marble comes to life, and turns into living flesh leaving him – literally – stunned. Two century after, in Herder’s theory, the tactility device and the statue that – metaforically – comes alive, will become one the of the fundamental hubs of art theory and aesthetics in a modern key. 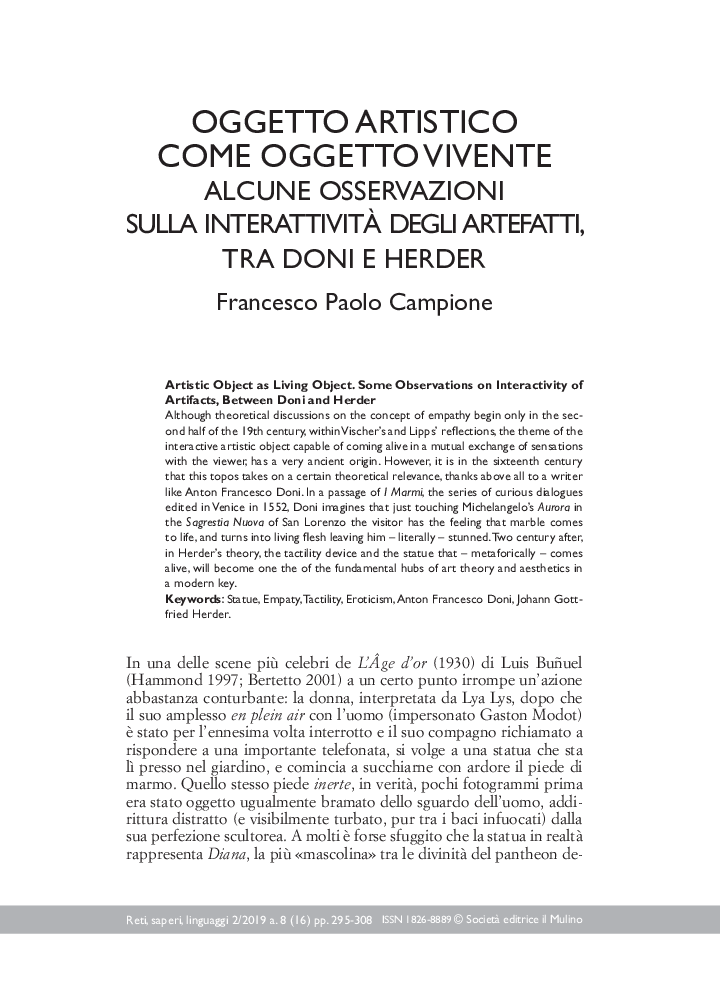