The oldest, and still the most popular philosophical theory of laughter, is the Superiority theory, arguing that laughter is a uniquely-human behavior triggered by a feeling of superiority. Similar to other influential theories of laughter, however, the superiority theory should be better defined as a theory of humor, hence unable to account for the several non-humoristic, social contexts where typically laughter is tipically produced. In this paper we present an alternative approach to laughter, grounded on semiotics and ethology. We argue that laughter is, first and foremost, a means for social bonding and communication that evolved for boosting basic forms of affiliation. We provide psychological, neuroscientific and ethological evidence supporting such Social-bonding theory of laughter. Finally, we show how the cases prototypically discussed by supporters of the Superiority theory can be interpreted as a peculiar type of exaptation of laughter, as defined by the Social-bonding theory. 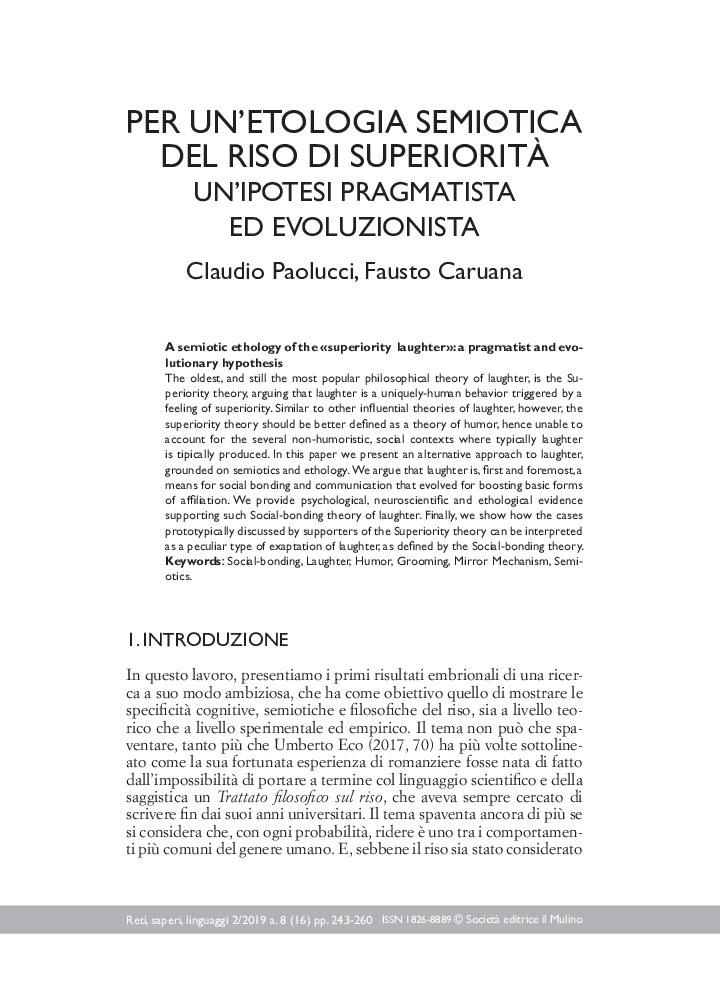