Consciousness has always been object of discussion in the field of cognitive neuroscience and philosophy; even better, one could say that it was the object of both attacks and defenses. Consciousness initially represented the mind as an unattainable reality by observation; in order to deny this claim, the exact sciences tried different ways to make consciousness an object of their investigation, using, for example, reductionism, materialism and eliminativism; the answer to this scientific attempt was to give Consciousness some specific properties that would allow the investigation of the same in the third person, but not in the first one. In this paper we will show the main issues in Consciousness studies, which is certainly a fascinating, and yet elusive, phenomenon, in order to propose a vision that does not see Consciousness as an entity enclosed in the skull, but as the result of the interaction of the organism with the environment, in accordance with the theory of dynamical systems: only with such an approach it could be possible to go beyond the problem of a study of consciousness in scientific terms and the first perspective. According to this view, we will show the experimental results of an pilot study conducted at the University of Messina in order to investigate the possible relations between the sense of ownership and the sense of agency using the Moving Rubber Hand Illusion paradigm: the obtained results are compatible with the idea that the Self awareness is linked to our being in the world as agents, shifting the consciousness into the environment. 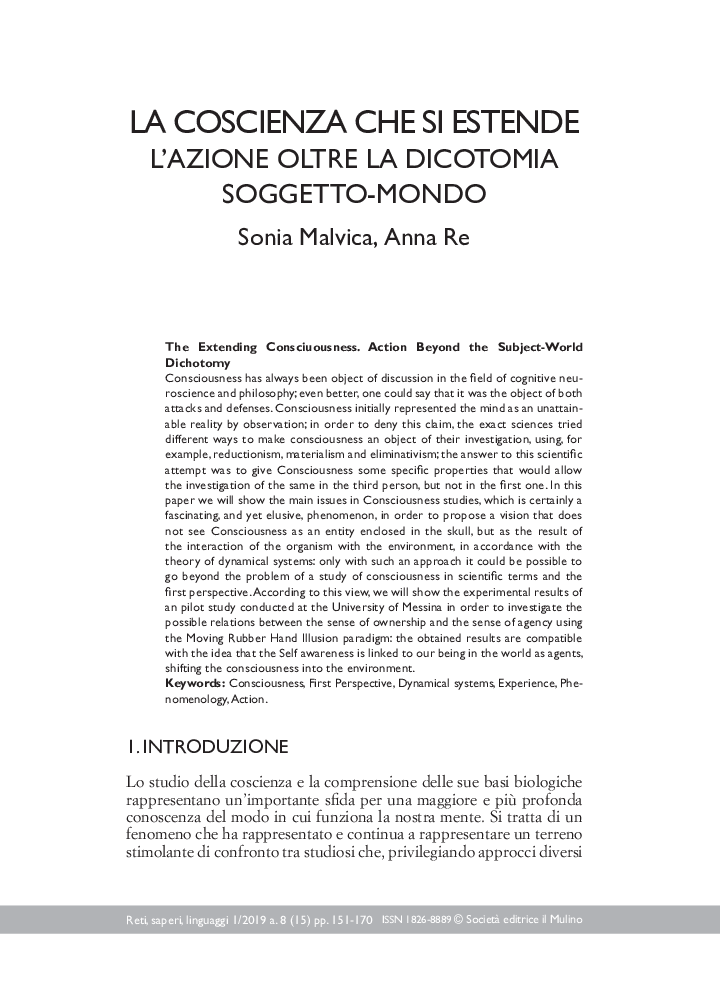