Extending the mind is nowadays a quite popular activity among philosophers. Some of them, most notably Shaun Gallagher, have even proposed that the mind extends to social institutions such as legal systems, prisons, museums or libraries. Yet even if you are an «extender», you need to exclude at least something from the realm of the mental. But where does the extended mind stop? Taking our cue from some theses by Andy Clark, we propose that what is needed to answer this question in a principled way is a «personal» mark of the mental, and we suggest three reasonable ways to spell out this general idea. On this basis, we criticise the socially extended mind, while retaining the possibility of a «moderate» extension of the mind itself. 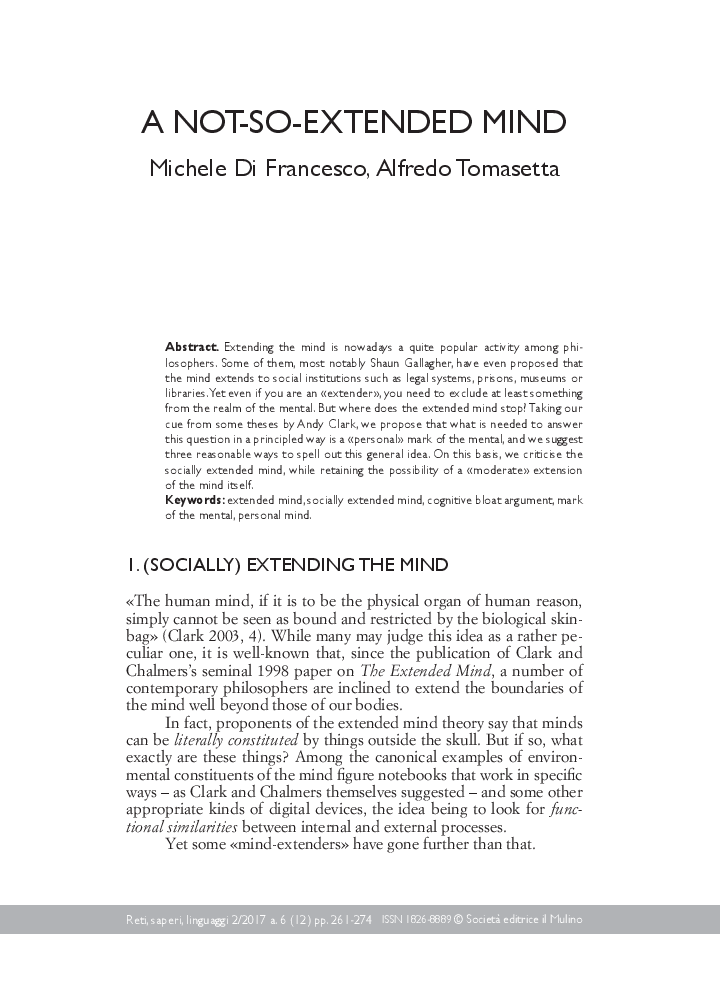