What is our experience, namely the conscious mind? This paper puts forward an empirical hypothesis that is akin to the traditional mind-body identity theory. However, in the suggested view, the physical candidate is the external object rather than neural processes. In a nutshell, one's experience of an object is identical with the object one experiences. For instance, when I perceive an apple, the claim is that the thing that is my experience of the apple is the apple itself. It is an empirical hypothesis because it is based on a purely physical ontology - everything is an object - and it is amenable of empirical prediction. In short, it is falsifiable. In this paper, I will distinguish two cases: standard and nonstandard perception. Standard perception occurs whenever the perceived object is plainly available to be perceived - I perceived an apple and that apple is in front of me. Nonstandard perception occurs whenever what one perceives is not obviously there - as it happens in hallucinations, dreams, illusions, Charles Bonnett's syndrome, direct brain stimulation, migraine aura, and so forth. A widespread tradition has kept apart the two cases. In contrast, here I will argue that the difference is only of practical nature and that a unified approach is available. I will outline a strategy to find a proper physical object in both cases. 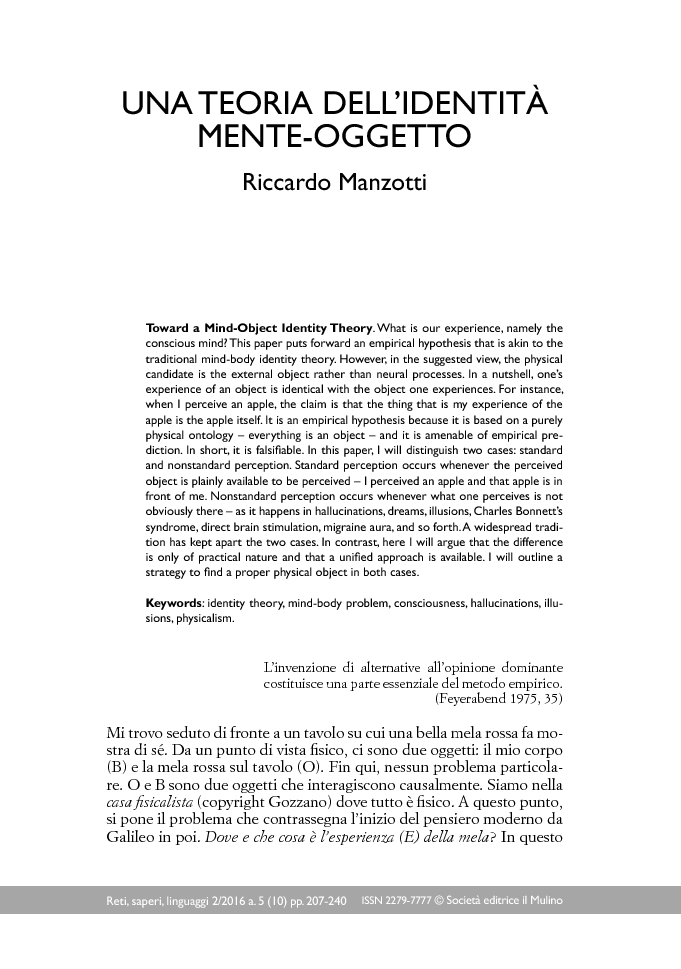