The gestural theories, which see the origins of (proto)linguistic communication not in vocalization but rather in manual gesture, have come to take center stage in today's academic reflection on the roots of language. The gestural theories, however, suffer from a near-fatal problem of the so-called «modality switch», i.e. of how and why language could have transferred from the mostly-visual to the mostly-vocal form that it now has in human societies almost universally. In our paper, we offer a potential and partial solution to this problem. We take as our starting point a gestural scenario on which emerging language-like communication involves orofacial gestures, and we complement such a scenario with the inclusion of vocal-auditory feedback, which aids signal production. Such benefits of more articulatory precision that accrue to the signal producersmight have constituted one reason behind supplementing orofacial gestures with sound and so increasing the role of vocalization in the emerging (proto)language. 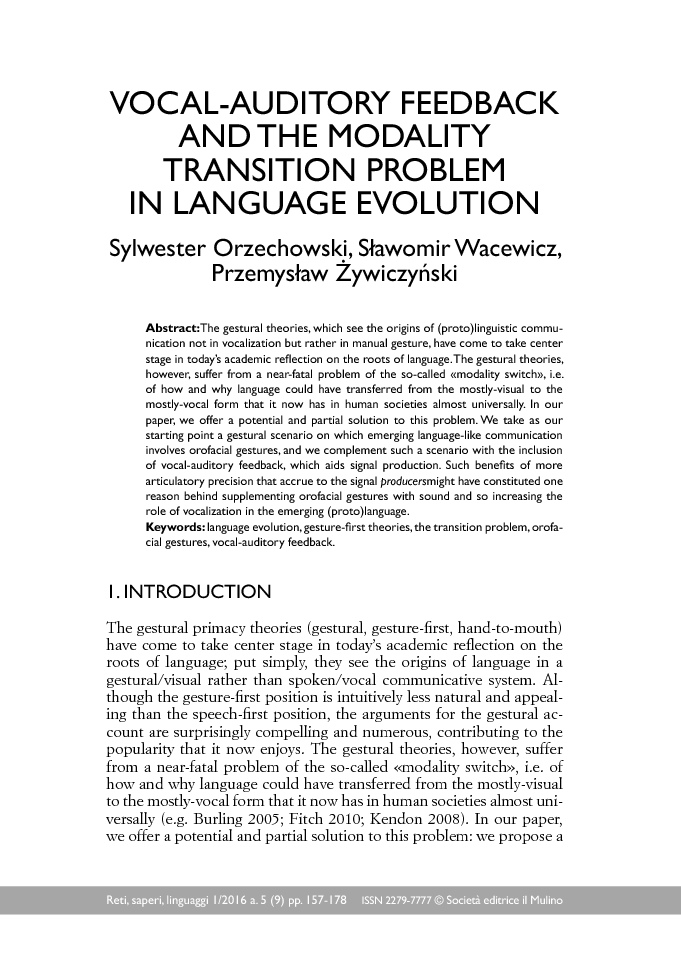